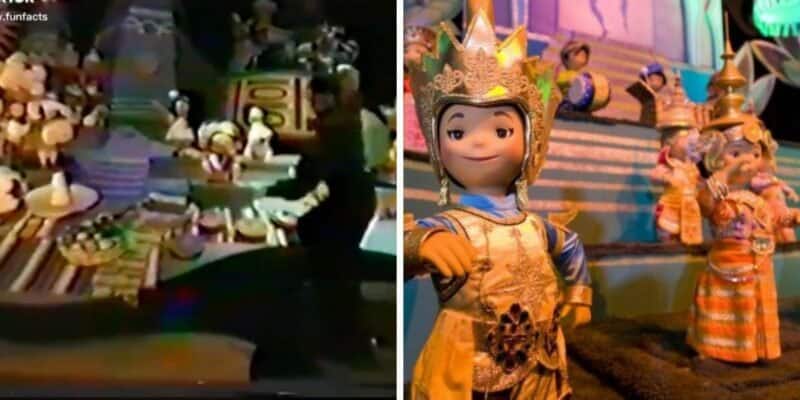 One time, a handful of teenagers were caught on video completely destroying the classic ride.

A video is now making its rounds on TikTok, showing a group of teenagers destroying the classic Disneyland ride. One teenager was spotted jumping out of the boat and throwing something at the animatronics. Another Guest was seen also jumping out of the ride vehicle and stealing the panda bear animatronic.

The user who shared this video said they do not have much other information regarding this incident, but it is clear this video is years old.

One user commented on the video saying, “I believe this is from a documentary called “The Disneyland Locals” check it out. It’s a good watch.”

If you have never ridden the attraction, “it’s a small world”, at Disneyland, it is described as:

Disney has rules and regulations in place for the safety of both the Guests and Cast Members. One of these rules include remaining seated with hands, arms, feet, and legs inside the ride vehicles at all times. Not only did these Guests stand up during the ride, but they also exited the ride vehicle and destroyed the property, which is considered vandalism.

It is more than likely these Guests received lifetime bans from Disneyland. The police were probably involved as well due to vandalism and theft.