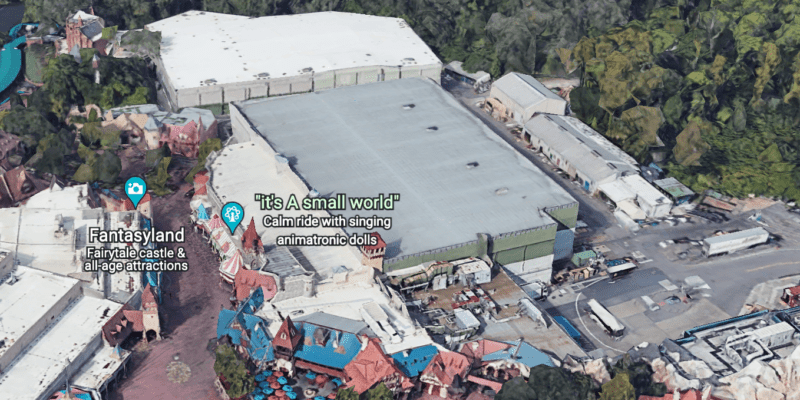 But did you know that a majority of the ride does not take place where you may have originally thought?

Guests actually enter a hidden show building for a majority of the “it’s a small world” ride. If you are not familiar with what a show building is, these are created by Disney Imagineers and are a necessity to house an attraction that lasts as long as, say, Splash Mountain, The Haunted Mansion, “it’s a small world” or Pirates of the Caribbean without taking away from the attraction’s facade.

Basically, rides such as “it’s a small world” need a lot more space to tell the full story, but utilizing giant industrial-looking buildings are, of course, not pleasant to look at and will take away from the theming that Disney is known for. So, in order to make this work, these show buildings are often hidden from Guests’ views to preserve the Park’s magic.

Even though you cannot see these show buildings while standing inside the park — you can see them from a bird’s eye view, such as on Google Earth!

As seen in the screenshot above and below, the true size of “it’s a small world” is massive compared to what Guests can see when they are inside the Park.

You can also see the true size of the Haunted Mansion attraction, located behind “it’s a small world” as both show buildings are nearly touching!

Is “it’s a small world” a must ride for you and your family? Let us know in the comments below.