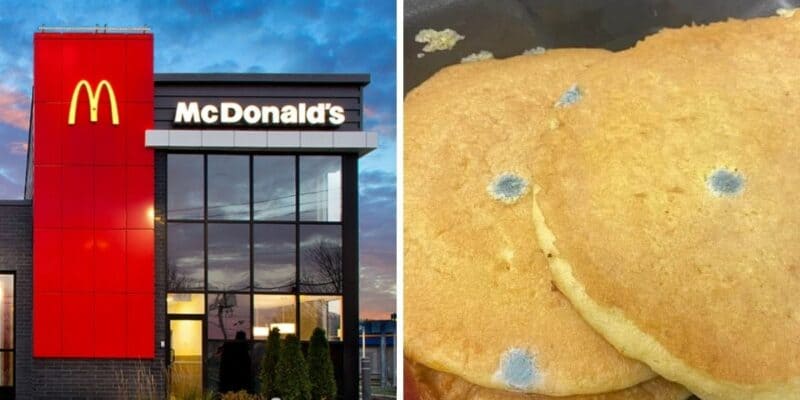 McDonald’s is one of the biggest and most popular fast-food chains in the world. Founded in 1940 and operated by Richard and Maurice McDonald, McDonald’s has grown to a whopping 40,031 restaurant locations worldwide, as of 2021.

The fast-food chain serves breakfast, lunch and dinner, and is known for items such as McGriddles breakfast sandwiches, Chicken McNuggets, Hash Browns, McFlurry with OREO Cookies, French Fries, and more.

On a recent visit to one McDonald’s location, a customer was looking forward to the iconic fluffy pancakes, but unfortunately, they received something that was not edible.

Never had McDonald’s Pancakes but today this blueberry ones hit the spot pic.twitter.com/0gFIXBcsKR

The comments came pouring in, many of which were completely appalled and disgusted at the fact that McDonald’s would serve moldy pancakes to their customers.

You should be getting free McPancakes for McLife after this.

You should be getting free McPancakes for McLife after this.

Another user responded to the photo, writing:

And another user chimed in responding with a simple GIF, which you can see below.

It does not seem McDonald’s has responded to this Tweet. It is unclear if the customer reached out to McDonald’s directly.

Have you ever received a moldy item from McDonald’s? Let us know in the comments below.