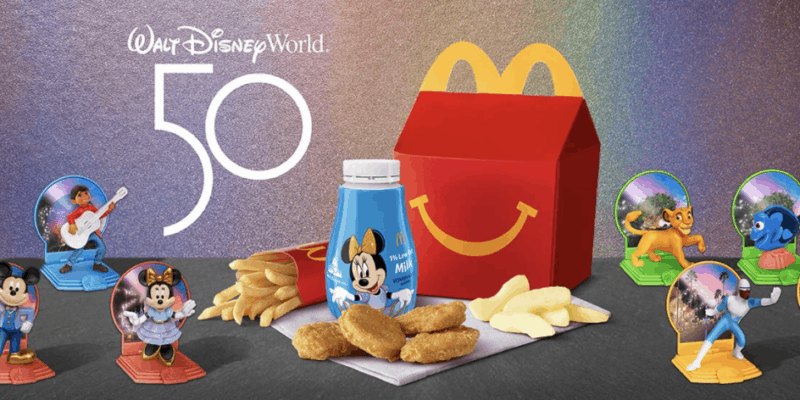 On October 1, Disney World will begin celebrating its 50th Anniversary. The celebration will run an incredible 18 months, wrapping up in May 2023. There will be new fireworks, new attractions, new decorations, new everything. And now, Guests do not need to be at Walt Disney World to celebrate — all they need to do is drive to their local McDonald’s!

The Golden Arches has announced that it is teaming up with Disney and will be releasing 50 limited-edition toys to celebrate 50 years of magic at Walt Disney World. According to People Magazine, McDonald’s has also released what toys Guests will be able to get their hands on. Per People:

In addition to the adorable toys, Guests who order on the McDonald’s app between September 25 and October 1 will also automatically be entered to win a trip to Walt Disney World.

Disney has not said how long the 50 Anniversary toys will be available but has said that the promotion will only run for a limited time.

Which McDonald’s Disney World 50 toy are you going to try to get? Let us know in the comments!