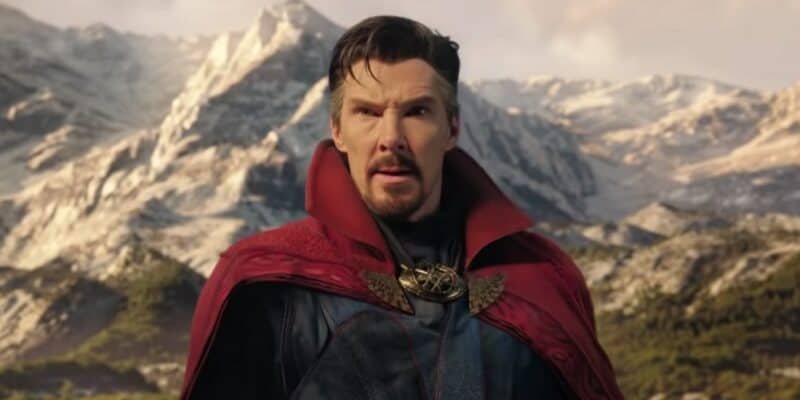 It seems every Marvel fan has a different opinion about the latest entry into the Marvel Cinematic Universe – Doctor Strange in the Multiverse of Madness (2022). Director Sam Raimi’s sequel to DoctorStrange (2016) stars Benedict Cumberbatch as Doctor Stephen Strange, Elizabeth Olsen as Wanda Maximoff/Scarlet Witch, Benedict Wong as Sorcerer Supreme Wong, and Xochitl Gomez as America Chavez/Miss America. And it definitely left Marvel fans wondering about the state of the MCU from now on.

Marvel fans have been divided about Doctor Strange 2, and it has been dropping off at the box office since its premiere. Some say that Wanda Maximoff and Stephen Strange were written inconsistently compared to their other appearances in the Marvel Universe. Fans have accused Loki head writer Michael Waldron, who wrote the script for Mulitverse of Madness, of not picking up the end of WandaVision.

No one can deny that Doctor Strange 2 is action-packed from start to finish. But that leaves less time to answer questions that fans have about the Marvel movie. This includes why when Earth-616, Wanda was dream walking into alternate universes to see worlds where her sons  Billy/Wiccan (Julian Hilliard) and Tommy/Speed (Jett Klyne), she never saw their father Vision (Paul Bettany).

The real reason is probably that Marvel Studios could not get Paul Bettany because of scheduling, or he was cut in the 40 minutes director Sam Raimi had to trim off before the theatrical release. However, when Doctor Strange and America Chavez arrive on Earth-838, they are escorted to meet the Illuminati by Ultron-Bots. Since fans never meet 838’s variant of Tony Stark/Iron Man, they have speculated that on this Earth, Ultron was developed by the “smartest man in the world” – Reed Richards/Mr. Fantastic (John Krazinski).

And because the Ultron-Bots are not malicious like they were in Avengers: Age of Ultron (2015), Vision was most likely never created. So now fans want to know who is the father of Wanda’s sons in this universe if there is no Vision.  Wanda has many famous love interests in Marvel comics, including Simon Williams/Wonder-Man, whose mind Vision’s is based off. However, some Marvel fans have theorized that Billy and Tommy’s father could be Wanda’s most infamous romance from the Ultimates Comics Universe.

Despite the fact that they were still twins, in Ultimates #3, it is revealed that Quicksilver and the Scarlet Witch were actually in love with each other. The incestuous relationship went down as one of the most atrocious decisions ever made. The storyline did not last long as Wanda was later killed by Ultron, who was in love with her as well. The robot saw Pietro as a romantic rival and killed her instead of seeing her in love with someone else.

Why anyone would want or expect Disney-owned Marvel Studios to adapt the controversial storyline is baffling. But because Doctor Strange in the Multiverse of Madness does not explain where the variants of Billy and Tommy come from or many other plot points of the movie, it has allowed fans to run rampant with theories.

Let us know in the comments how you feel about the theory that Quicksilver could be Billy and Tommy’s father in Doctor Strange 2.