Guest Shocked by Quality of Pricey Disney Restaurant, "It's Just IHOP" - Inside the Magic 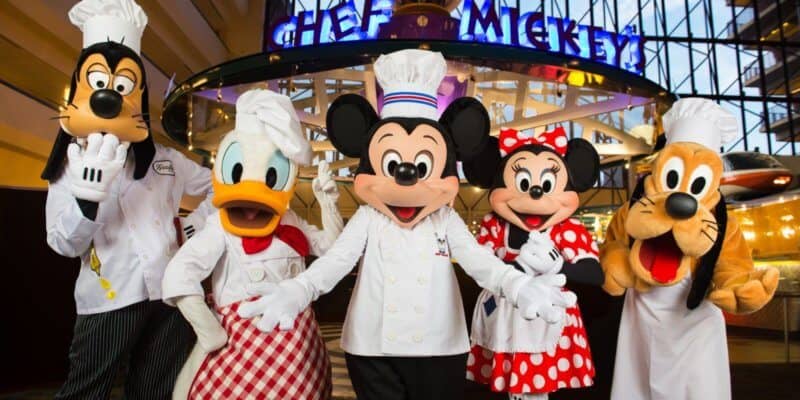 One Guest discussed how disappointed they were with one of the more popular choices in the Walt Disney World Resort.

When visiting the Walt Disney World Resort in Orlando, Florida, you have countless options to choose from when you get hungry. From the amazing steakhouse known as La Cellier in EPCOT to family-friendly places such as Sci-Fi Dine-In Theater at Disney’s Hollywood Studios, you are sure to never go hungry when visiting any of the found Parks or any of the hotels across the expansive Resort.

And speaking of restaurants in hotels, one Disney World Guest discussed how disappointed they were with an iconic Disney Resort restaurant on Reddit. The full statement reads:

Chef Mickey is just a Boujee IHOP. We went there and was super disappointed. Then went to Hollywood and vine thinking it would be more of the same, it was significantly better.

Just shocked that chef Mickey was so sub par. Not saying Hollywood and vine was super great but compared to CM it sure was. Tomorrow we do topolino’s, super excited for that one.

Related: Enter For Your Chance to Win a Walt Disney World Vacation

Surprisingly, a lot of users agreed, calling the food “terrible” as well as talking about how overpriced the restaurant is. Another user said that food in the Parks has been “crap” recently. A lot of users commented on the fact that the food is not what you’re paying for, it’s the character dining experience.

Chef Mickey’s is just one of the many character dining options you have when at Disney World. Along with Chef Mickeys, you also have Tusker House, Harvest Feast, Akershus, Cinderella’s Royal Table, 1900 Park Fare, Topolino’s Terrace, Bon Voyage Breakfast, Story Book Dining, Hollywood & Vine, The Crystal Palace, and Cape May Cafe.

Chef Mickey’s is a character dining experience where Guests can interact with beloved Disney characters like Mickey Mouse, Goofy, and Pluto but due to the ongoing COVID-19 pandemic, the way the restaurant works has been altered.

Experience Character Dining and an enhanced all-you-care-to-eat, family-style meal in a bright, happy space. As the monorail whizzes by, soak up the expansive views of Bay Lake and behold the stunning 90-foot-high mural by Disney Legend Mary Blair that overlooks the festive eatery. Each table will receive a special, autographed card keepsake from Mickey and his friends. Throughout the dining experience, Mickey Mouse and some favorite pals will make surprise appearances in each of the dining rooms. See them move throughout the restaurant, waving hello as rollicking music fills the air.

Dinner offerings begin with a first course including Chef Mickey’s Caesar Salad and Citrus-Poached Shrimp Salad, followed by a second course with signature items such as the Potato Gnocchi, Roasted Garlic Potato Gratin and Plant-Based Faro Wheat Fried Rice, as well as protein selections featuring Prime Rib, Traditional Roast Breast of Turkey and Salmon. And please save room to end your feast with the Pastry Chef’s sensational, family-style desserts!

Chef Mickey’s can be found right in the middle of Disney’s Contemporary Resort. More on that below:

How do you feel about Chef Mickey’s?