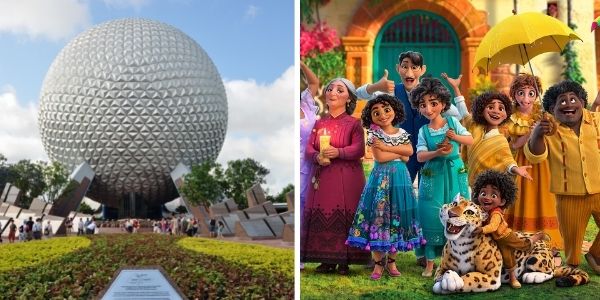 Christine McCarthy, Senior Executive Vice President and CFO of The Walt Disney Company had some very exciting thoughts on Encanto (2021) and the Disney Parks.

Related: EPCOT Attraction in Desperate Need of Refurbishment, Breaks Down Four Times in One Ride

The Walt Disney Company was represented at the MoffettNathanson 9th Annual Media & Communications Summit where some executives discussed the Parks, the company, and the very exciting possibilities for the future. After the incredible success of Walt Disney Studios’ Encanto (2021), with lovable characters and songs going viral on TikTok, many have been wondering for a long time if there’s room in the Resort for an attraction based on this film.

“Something that’s not yet really in the parks, but I think you will see it soon, is something like ‘Encanto,’” McCarthy said. “It was really just wonderful, and the music, you know, that—elements of that could be incorporated into the park experience.” The full transcript can be read here.

“I think when you’re down there and you could be in world, you can be in land, you could be in one of our international parks, there is three things that I don’t think are that appreciated or not appreciated as much. And the first I would point out is our cast. When you see the people working in the park, they are there to make you have a great time and they are so engaged on what you’re — what you’re there for and what they are doing”, said McCarthy.

While nothing has been confirmed yet, we are super excited at the thought of more Encanto representation within the Disney Parks.

It should also be noted that the “Main Street Electrical Parade” returned to Disneyland Park with a spectacular, new grand finale float that brings together stylized scenes from more than a dozen Disney and Pixar stories, including Encanto. Sparkling lights depict the Casita, magical butterflies, and Miracle Candle from the film, with Mirabel and her cousin Antonio, represented as animated dolls atop their section of the float.

Now, Guests can also see some more Encanto at Walt Disney World Resort! Disney’s Hollywood Studios has just introduced the film into their Wonderful World of Animation at Disney’s Hollywood Studios. We can hear a little audio from the film, however, the music from the movie is not present in the show, rather there are visual components projected onto the Chinese Theater.

Disney‘s official description of Encanto is described as:

Would you like to see Encanto in the Disney Parks?