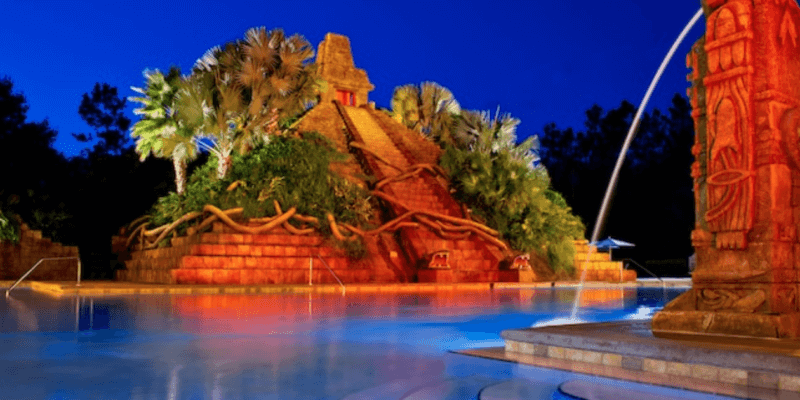 Imagine booking a Value Resort at Walt Disney World, only to find out they overbooked you, and you do not actually have a room at the hotel you paid for?

This may sound scary at first, but the solution is an incredible magic moment! It does not happen too often, but at times, Guests who end up at an overbooked hotel will be moved from the Resort they planned to stay at. This may sound like it would negatively impact a vacation, as the Guests were intending and likely wanted to stay at a specific Disney Resort, and now are being moved. The perk, however, is that the move is usually always an upgrade on the room!

kiera.stella (@kierastellatravel) recently posted a video of her finding out that her reservation at Disney’s All-Star Sports Resort was canceled and swapped to a preferred room at Disney’s Coronado Springs Resort. Disney’s All-Star Sports is undergoing renovations and a lot of the rooms are still very dated, which means moving from a Value to a Moderate Resort, in this case, is a massive upgrade and would have cost this Guest hundreds of dollars extra if she booked Disney’s Coronado Springs Resort herself.

Of course, Guests will never know if this upgrade will happen and should never expect it to, but if it does happen, it will likely dramatically improve your vacation! As we mentioned, Disney’s All-Star Sports is in the middle of a refurbishment which will leave the rooms looking like the other All-Star rooms, as well as Disney’s Pop Century Resort. Because of the construction, the Resort likely has less rooms available than they originally would have thought.

At the moment, EPCOT is now celebrating the International Flower and Garden Festival, and tons of construction is going on! Spaceship Earth now has the new Beacon of Magic lights illuminating the sphere and Future World is on the road to completion. Club Cool and the new Creations Shop is open to Guests as well as Remy’s Ratatouille Adventure in the France Pavilion! Plus, you can enjoy the stunning Harmonious show each evening! Soon Guardians of the Galaxy: Cosmic Rewind will open for Guests on May 27.

Have you ever had your room upgraded at Disney World for free?