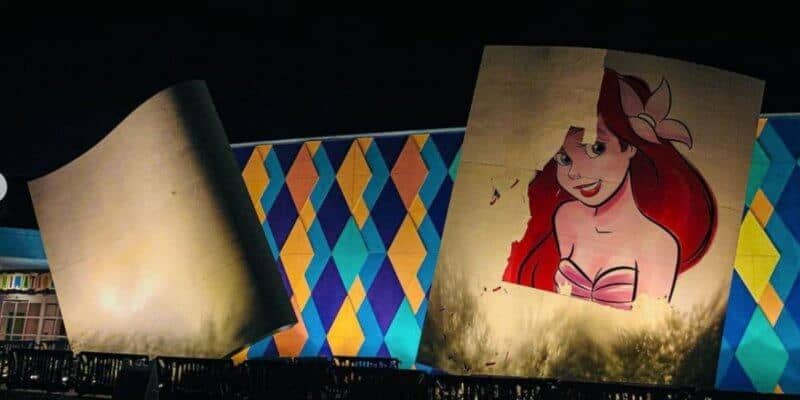 Walt Disney World is filled with numerous unique Resort hotels throughout property. From Wilderness Lodge to Pop Century, Disney World has a resort perfect for everyone’s taste and liking.

One of the most unique and popular Walt Disney World Resorts is Art of Animation, the sister resort to Pop Century.

If you have ever stayed at Disney’s Art of Animation, you know that it is known for its incredible artwork located throughout the resort. When Guests first pull up, they are instantly met with bright, bold colors and a display of sketch artwork pieces featuring some of our favorite Disney characters, including Lightning McQueen from Cars and Ariel from The Little Mermaid.

Well, if you visited the Resort recently, you may have noticed that these sketches are now missing! Thanks to @eartoearmagic on Instagram we can see that Imagineers are currently painting over these iconic pieces of art.

At this time, Disney World has not stated the reasoning behind this new update at Disney’s Art of Animation Resort, but Inside the Magic will continue to keep you posted as we get new information.

More on Disney’s Art of Animation

Disney World describes this resort as:

Additionally, Disney’s Art of Animation is one of Disney World’s Skyliner Resorts, meaning Guests can opt aboard the complimentary transportation line to visit either EPCOT or Disney’s Hollywood Studios.

In case you aren’t familiar with the Disney Skyliner, Guests can board one of the gondolas and glide past one-of-a-kind views of waterways, woodlands, and two Walt Disney World theme parks — Disney’s Hollywood Studios and EPCOT. The new Skyliner transposition is in constant motion, which means Guests arrive at their destination within minutes! Relax along the way, take in the views, and you will be there before you know it. For more information on the Disney Skyliner, visit our website here.

If you want to stay at Disney’s Art of Animation Resort on your next Disney World vacation, but need help planning, be sure to get in touch with our friends over at Academy Travel. Get started today!

Related: Inside The Little Mermaid Wing and Rooms of Disney’s Art of Animation Resort

What do you think Imagineers are doing at Art of Animation? Let us know in the comments below.