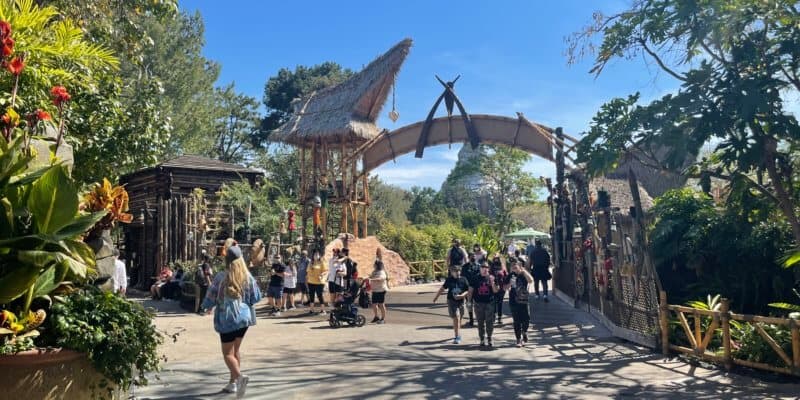 There are many things to look forward to at the Disneyland Resort, especially now that the brand-new Mickey & Minnie’s Runaway Railway is heading to the Southern California Resort. But last year, Disney announced that a lesser-known yet still-beloved attraction would be getting a retheme and the possibilities have us super excited.

Tarzan’s Treehouse has been closed to Guests as it has been undergoing construction since September 2021, which is a longer timeframe than regular or seasonal refurbishments. The attraction is set to receive a new theme and backstory, but the treehouse experience isn’t going away, according to Disneyland officials.

Recently, an update was shared online showing the current state of the refurbishment and attraction. As you can see in a post shared on Reddit, the attraction has been left looking fairly demolished with tarps hanging around the entire area. See the full post below:

We recently reported on Disney completely demolishing parts of the attraction and it now looks like construction is well underway for the retheme. While we do not know what exactly will take over, rumors have been swirling around about the possibility of an Encanto (2022) retheme which we would be super excited about.

Tarzan’s Treehouse opened in 1999 to Disney Guests as a walk-through attraction that showcases the story of Tarzan with treehouse rooms that closely resemble those from salvaged parts from a shipwreck, according to the Disneyland attraction’s backstory. Before the attraction was Tarzan’s Treehouse, it was known as Swiss Family Treehouse, which opened to Disney guests in 1962, and featured concrete roots, steel limbs, and 300,000 leaves.

Do you miss this attraction?