'The Mandalorian' Actor Dies at 51 - Inside the Magic 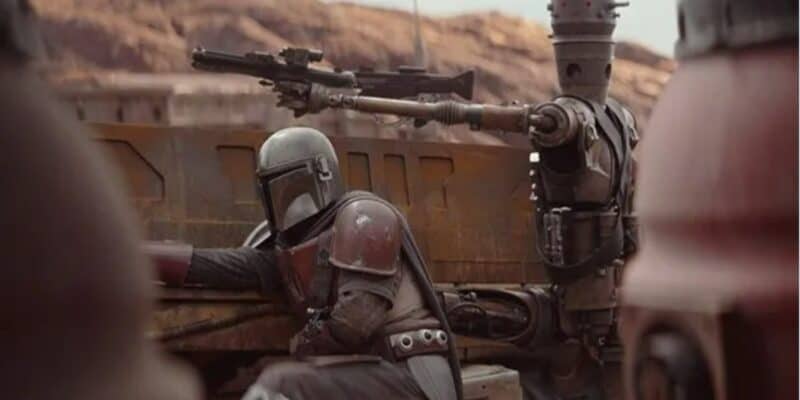 The Star Wars franchise has lost one of its actors recently after Rio Hackford, the performance artist behind IG-11 and bounty hunter Riot Mar has passed away at age 51.

Actor and club owner Rio Del Valle Hackford, who appeared in films and TV shows including “Jonah Hex,” “Swingers,” “Treme” and “The Mandalorian,” died Thursday in Huntington Beach, Calif. He was [51].

His brother Alex Hackford said he died after an illness.

Rio Hackford, who was the son of director Taylor Hackford, was remembered by friends for being a “connector of all sorts of people,” said his friend, screenwriter D.V. DeVincentis.

“Not simply obsessed with movies and how they mirrored and compelled, he was something more: a superfan of innumerable scenes, of particular gestures of unsung actors, weird career turns, roaring comebacks, cinema swan songs,” DeVincentis wrote on Instagram.

In addition to his acting credits, Hackford also owned clubs Matador and One-Eyed Jacks in New Orleans, in addition to Pal’s Lounge. Variety says, “One-Eyed Jacks was a popular venue for alternative acts and reopened in a new location after closing during the pandemic.”

Hackford appeared in showrunner Jon Favreau and Dave Filoni’s The Mandalorian Season 1 on the Disney streaming platform, Disney+. Much like how Jedi Master Luke Skywalker is performed by a performance artist and not by Star Wars legend Mark Hamill, other characters like IG-11 also follow this method.

The late actor’s most recent and, unfortunately, final performance credit was as a manager in the Hulu biographical series Pam & Tommy, starring Lily James and Sebastian Stan as the titular couple.

Hackford is survived by his wife, two children, father, and stepmother, Helen Mirren.