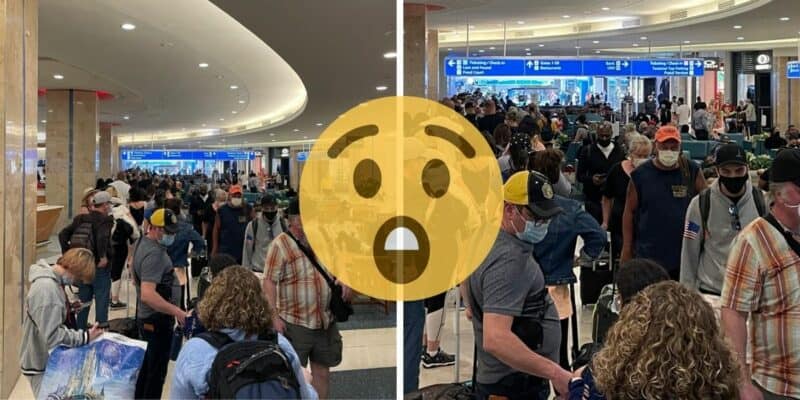 Orlando, Florida is one of the top spring break areas in the United States. Being home to various theme parks and family-friendly locations, the crowds tend to flock to Orlando International Airport during this time of year.

If you are planning to visit Walt Disney World, Universal Orlando, or any other location within Orlando, Florida, be aware that crowds have been flooding Orlando International Airport. Back in March, Inside the Magic reported on spring break crowds arriving at the airport, and now, as we approach May, we are still seeing massive crowds due to travel.

A recent Disney World Guest was flying back home after their vacation. When they arrived at MCO, they were shocked at how long the security line was, even saying “the longest line during our entire Disney weekend: airport security at MCO”.

They shared the following photo along with the caption:

The longest line during our entire Disney weekend: airport security at MCO. We are out of the security area and all the way down the food and shopping area. 😯

The longest line during our entire Disney weekend: airport security at MCO. We are out of the security area and all the way down the food and shopping area. 😯 pic.twitter.com/LSHtxA7Cil

The line was backed up all the way through the food courts and shopping areas of the airport! Once they made it through security, they Tweeted out again saying they waited a total of 47 minutes.

If you are traveling in the near future, make sure to leave extra time to ensure you get through security and to your flight gate in time.

Do you have plans to visit Florida soon? Let us know in the comments below.