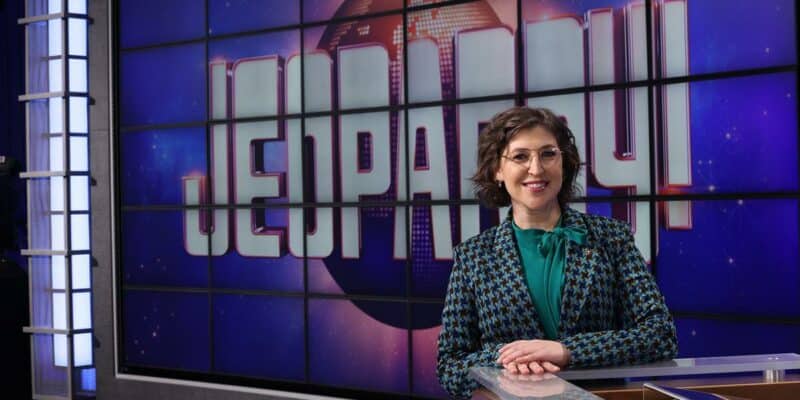 Now, the former sitcom star has opened up about feedback she gets that Alex Trebek never done — her wardrobe choices. As a woman, Bialik has a wider range of options than Trebek did in regard to her attire and sometimes, apparently, her selections garner criticism from Jeopardy fans. She told Entertainment Tonight:

“It’s very interesting to me, you know, to say, ‘Well, gosh, what should I wear?’ Alex wore a different suit every single show but people didn’t think about it that much because it was navy, or it was gray. Whereas I might wear colors sometimes and you might recognize that jacket because we also have a budget. [But] it’s not about what Mayim Bialik’s wearing, it’s about these contestants and, like, all the random, amazing things that they know.”

Bialik’s tenure on the long-running game show has already given rise to some popular champions, including Amy Schneider, who won 40 games, and current champion, Mattea Roach, whose winning streak currently stands at 17 matches.

At the time of publication, there has been no confirmation from Jeopardy producers or the ABC network regarding Bialik’s return.

Do you think Mayim Bialik’s wardrobe choices are an important part of her Jeopardy hosting duties?