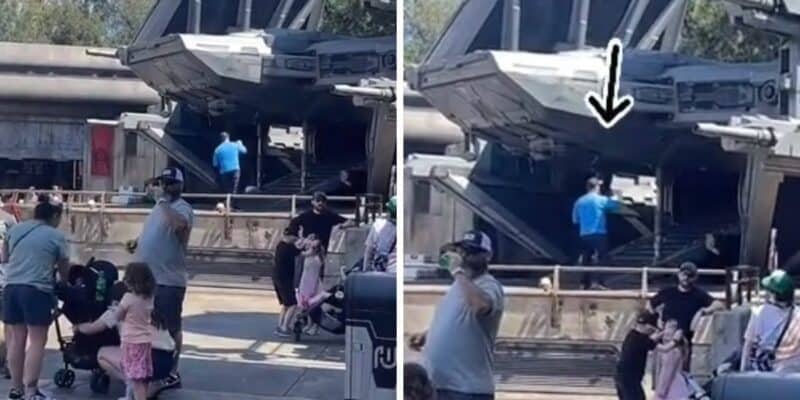 More recently, a Guest decided to trespass and jump up onto the stage inside Galaxy’s Edge at Disneyland.

The land has quickly become one of the most popular areas within the theme parks as many Star Wars fans love the immersiveness and details within Galaxy’s Edge. Within the land, Guests can ride the Millennium Falcon, visit Stormtroopers or Rey and Chewbacca, as well as sip on some blue or green milk.

In one area of Galaxy’s Edge, there is a stage for shows as well as socially distanced meet and greets. One Guest decided to trespass and jump up onto the stage himself to get some video content and photos. The incident was caught on camera, which can be seen below or by clicking here.

As a reminder, the Disneyland Resort, as well as the other Disney Parks like the Walt Disney World Resort, have strict measures in place when it comes to prohibited activities while on property. For Disneyland specifically, which is where this incident took place, the website shares including the following is strictly forbidden:

Comments Off on Guest Trespasses, Jumps Up On Stage at Disneyland