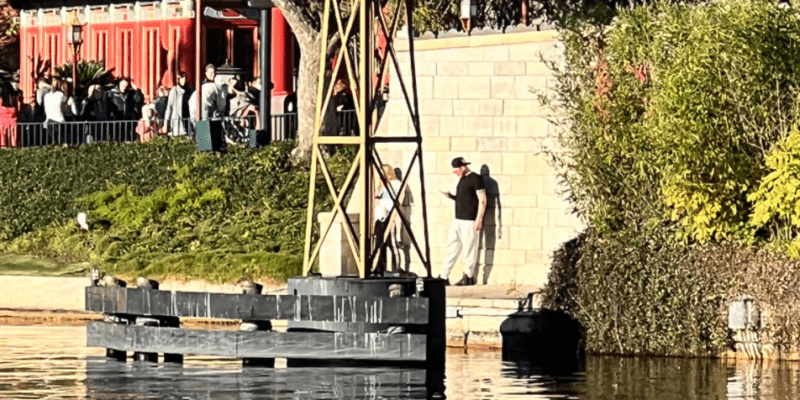 Now, two more Walt Disney World Guests were spotted in an unauthorized and off-limits area, this time at EPCOT.

The two Guests were seen standing on the edge of World Showcase Lagoon yesterday evening, which is clearly a blocked off area as there is a fence surrounding the Lagoon for Guests’ safety.

These two Disney World Guests seem to have climbed over the fence and down onto a platform near the water. Mardi Gras Mel shared a photo of the Guests to Twitter along with the caption:

Juuust checking to make sure there’s no FotA booths down by the water pic.twitter.com/o2Qhm5FFID

The photo was shared around 4:50 p.m. EST on Sunday, January 30. At this time it is unknown if the Guests were escorted off Disney World property after this occurred.

As a reminder, the Walt Disney World Resort, as well as the other Disney Parks like the Disneyland Resort, have strict measures in place when it comes to prohibited activities while on property. For Walt Disney World specifically, which is where this incident took place, the website shares including the following is strictly forbidden: