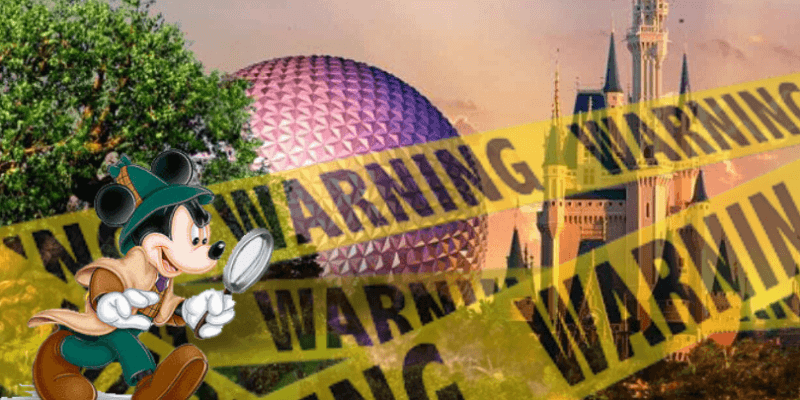 Since we originally published this article, it has been reported that Google has demonetized St. Cyr’s YouTube channel, where he publishes videos of people trespassing on Disney, Universal, and other theme park property after hours. Patreon has also reportedly disabled St. Cyr’s account. Both Google and Patreon have policies against those who are using their websites for illegal activities.

This is a developing story and we will continue to update Inside the Magic as more information becomes available.

Local Florida law enforcement is currently investigating a series of videos shared by Matthew St. Cyr, who uploads clips of people trespassing on Disney, Universal, and other theme park property after the parks have closed for the day.

In the videos, these trespassers (who often consider themselves “urban explorers”) find ways to get into the theme parks at night — such as hopping a fence at Universal’s Volcano Bay Water Park — and take unauthorized walking tours of the attractions — such as climbing inside the Expedition Everest roller coaster attraction at Disney’s Animal Kingdom to walk alongside the tracks and record the yeti animatronic figure.

WKMG News 6 interviewed St. Cyr this week to ask why he is motivated to share these videos online. His answer? “I make a living out of it. I’ve got to put food on the table somehow.” St. Cyr earns ad revenue off the videos he shares to YouTube, some of which have hundreds of thousands of views.

WKMG also reports that St. Cyr did disclose, however, at the beginning of his videos a message that reads,

Both Walt Disney World Resort and Universal Orlando Resort officials have issued statements regarding St. Cyr’s videos and the behavior depicted on his YouTube channel.

“This is dangerous, reckless and unlawful behavior and we will not tolerate it,” said a Universal Orlando spokesperson. “We are taking this very seriously and we are working with the Orlando Police Department on this.”

“In any case where we find someone being intentionally reckless and promoting unsafe acts, we will bring in law enforcement to trespass them so they will no longer be allowed to come back to Walt Disney World,” a Disney spokesperson said to WKMG. Additionally, a deputy shared that Disney security officers have been advised to be on the lookout for St. Cyr, who has already received two warnings for trespassing on Disney World property (once at the Wonders of Life pavilion at Epcot and another time at the former location of DisneyQuest at Disney Springs).

The YouTuber and “urban explorer” also said to local Florida news that the videos he plans to release next will “blow these out of the water.” He plans to continue uploading videos that showcase the backstage, off-limits, and after hours at central Florida theme parks — even in the midst of the current investigation.

If you are curious about the videos we are referring to in this article, you can visit St. Cyr’s YouTube channel here, but we advise against watching the videos if you want to preserve the magic for yourself.

Note that Inside the Magic does not endorse the behavior of St. Cyr or anyone depicted in his videos.