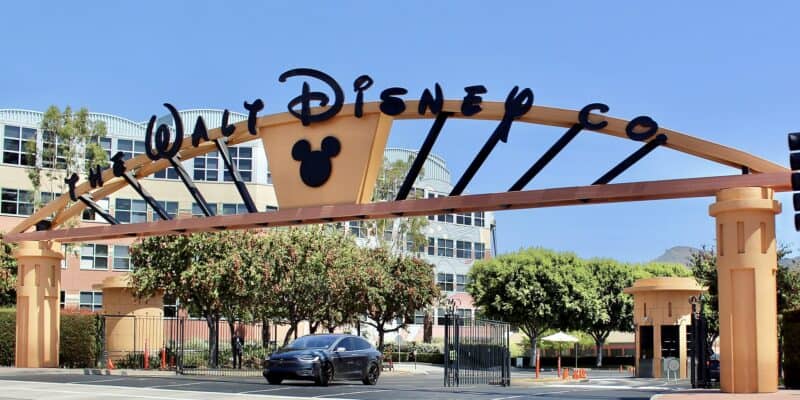 With everything going on around the Walt Disney Company in these past weeks, there is a growing discomfort amongst Guests and Cast Members as the outrage against Disney continues.

Anti-Disney protest happening outside studios in Burbank. Group called ‘Hold The Line’ says Disney is leaning to far left for their liking. They’re calling for a Disney boycott to “keep their children innocent” @FOXLA pic.twitter.com/XgjbUujqUm

There have been protests outside the Disney headquarters in Burbank, California, in recent days. As reported by news.com.au and Fox News, the rally was summoned yesterday, April 6, at 6 pm by the Christian Group Hold the Line to protest what it said was the “overt sexualization” of children as part of the company’s “woke” agenda, according to them.

The rally was broadcasted live through the group’s Facebook and YouTube. Some of the activities that took place during this rally were bible reading and singing, having T-shirts for sale, and the option of making cash donations.

‘Hold The Line’ organizers describe the rally as basically church in front of the Walt Disney studios in Burbank. @FOXLA pic.twitter.com/tnXzCozawE

Rebecca Rose (@HeyRebeccaRose) urged Cast Members to stay safe during these protests and even advised them to avoid attending the buildings.

Apparently there is going to be an Anti-LGBTQ+ “protest” outside of Walt Disney Studios tomorrow. If you’re able, avoid going into work at any of the Disney offices or buildings. Stay safe out there everyone!

Apparently there is going to be an Anti-LGBTQ+ “protest” outside of Walt Disney Studios tomorrow. If you’re able, avoid going into work at any of the Disney offices or buildings. Stay safe out there everyone! 🏳️‍🌈🏳️‍⚧️

The Disney Walkout (@DisneyWalkout) Twitter account, created by Cast Members to coordinate the walkout that took place in the past weeks, added that painting nearly 200,000 employees of Disney as “groomers” was priming people to commit acts of violence against them. This adds to the growing discomfort amongst both Guests and Cast Members.

Former Cast Member Mrs. Rachel Williamson (@cinderchellaaa) recently voiced her concerns, dating back to when she was an active Cast Member. She comments that while working at Walt Disney World, she was constantly anxious about the possibility of some terror attack at the Parks, often thinking about where she would hide if it came to be necessary.

Working at WDW, I always had a low-level constant anxiety about the possibility of some kind of shooting or other mass terror attack taking place. Often when in positions, I would think about where I’d hide if something like that happened

Working at WDW, I always had a low-level constant anxiety about the possibility of some kind of shooting or other mass terror attack taking place. Often when in positions, I would think about where I’d hide if something like that happened

In two following tweets, Rachel adds that seeing the growing rage against Disney would have her even more worried if she still worked there and that a shirt design that recently surfaced doesn’t help her feel any better.

With the growing far right rage against Disney for being “groomers” by opposing the Don’t Say Gay bill, I would be even more worried about some QAnon vigilante deciding to “fight back” against Disney using violent means if I still worked there. It’s . . . scary

Stuff like this doesn’t help assuage my fears https://t.co/AaifojMXtl

If Rachel’s fear is understandable, it is worth noting that the Walt Disney Company enforces strict security measures, and Disney security is often quick to take action for their Guests’ safety. The official Disney site states the following regarding these measures:

In addition, there is a list of prohibited items, in which firearms are at the very top, which is strictly enforced by security personnel at Disneyland Resort and Walt Disney World Resort to ensure a safe and enjoyable experience for all Guests.

Please be aware of the rules and regulations that Walt Disney World Resort sets out before arriving, as breaking them could result in being kicked off property, banned for life, or in some instances, being arrested.

Please click here to read the rules that Guests must abide by at Disneyland Resort.