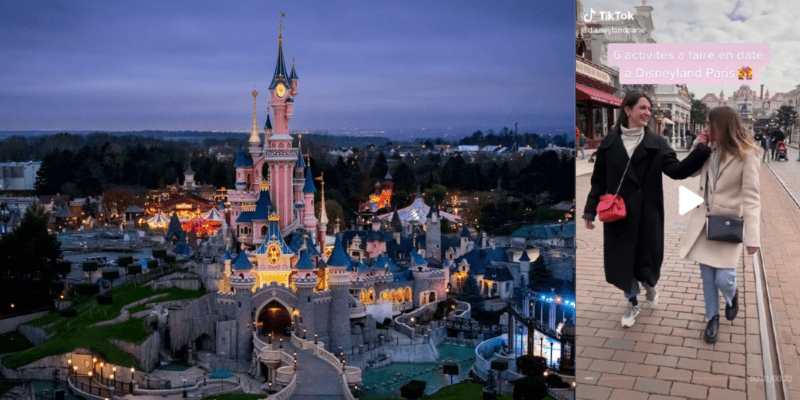 Amidst the heated discussion that has been going on for the last couple of weeks caused by Disney’s stance on the “Don’t Say Gay” bill, the company continues to try and fix its mistakes as more and more branches keep showing their support towards the LGBTQIA+ community.

While Disney Animation, and Pixar were some of the first to make a statement supporting colleagues, friends, families, and fans who belong to the LGBTQIA+ community on March 11th and March 15th, respectively, the official accounts Disney Parks, Disneyland Cast & Community, and other corporate accounts waited until today to release an official statement. For the two accounts mentioned, the message opens with the phrase “To ALL who come to this happy place, welcome”, referencing Walt Disney’s Dedication of Disneyland speech from July 17th, 1955.

An unexpected account to join the conversation was Disneyland Paris (@disneylandparis), who posted a video on Tiktok where a couple from the LGBTQIA+ community showed the different activities the Park offers Guests to enjoy with their partners. While it isn’t clear if this message came as part of the Disney Company’s efforts in America, it is interesting to see it released on the exact same day.

The video mainly received positive feedback from Guests and Disney fans in Paris. Most comments mentioned how Guests enjoy visiting the Parks with their partners, their families, or even on their own. Not much attention was given to the fact that it was an LGBTQIA+ couple showcasing the activities.

We translated the original caption to better fit this article, and you can see the full video down below!

Many consider these statements should have been released earlier, and despite the company’s efforts to amend the situation, Cast Members, Guests and fans are not likely to forget this situation anytime soon.

What are your thoughts on the ongoing controversy surrounding this bill? Should Disney do more? Let us know in the comments below!