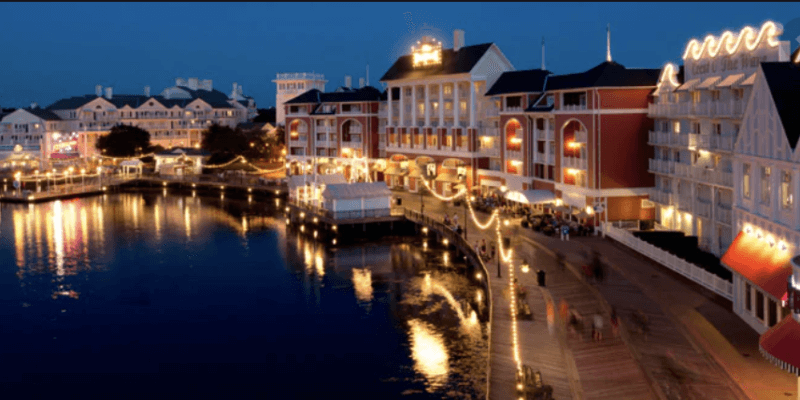 If you’ve ever visited Walt Disney World Resort, you’ve probably spent some time wandering Disney’s BoardWalk without a care in the world. The area is designed to look like it fell straight out of the turn-of-the-century.

While Disney’s version is meant to evoke boardwalks on the East Coast, it turns out that Indiana had its very own “BoardWalk” — complete with a dance hall! — in the 1920s and 1930s. Now, the historic Rose Island amusement park has been abandoned and is left rotting in a Hoosier State forest.

Related: Universal Once Left an Abandoned Park Entrance Archway in the Desert

The Park is located on a peninsula called “Devil’s Backbone.” In its heyday, visitors would drive their Model Ts and Model As to a swinging suspension bridge to cross Fourteen Mile Creek or, for the less adventurous, board a steamboat ferry to cross the water.

Per one article about the now-abandoned Art Deco-era Park:

The land was purchased in 1923 by entrepreneur David Rose, who proceeded to name it Rose Island and fill it with activities and entertainment. The resort had a hotel, pool, wooden rollercoaster, dance hall, Ferris wheel, and even a small zoo. Today, informational signage along the trail helps provide historical context for the ruins you’ll see scattered through the old Rose Island grounds.

The article also notes that as modern travelers walk underneath the amusement park’s original archways, it is still eerily easy to “imagine the throngs of excited vacationers and daytrippers whose footsteps you follow in.”

Another article about Rose Island notes that the end of the Roaring 20s was hard on the Park, but it was a major 1937 flood that caused its true demise. The flood is estimated to have had water levels as high as ten feet, and markers have been placed throughout the ruins so today’s visitors can get an idea of how intense the flooding was:

The Great Depression slowed business, but the epic flood of 1937 pretty much ruined the park and the whole effort was abandoned. In the Second World War, the Indiana Army Ammunition Plant owned the land. When the plant closed, the land was donated in 1995 to the state as part of Charlestown State Park.

Today, Charlestown State Park visitors who wish to spend time at the abandoned amusement park need to take Hiking Trail 7. This is accessible from Hiking Trail 3 via a restored bridge that crosses the White River.

Do you enjoy learning about historic theme parks in the United States?