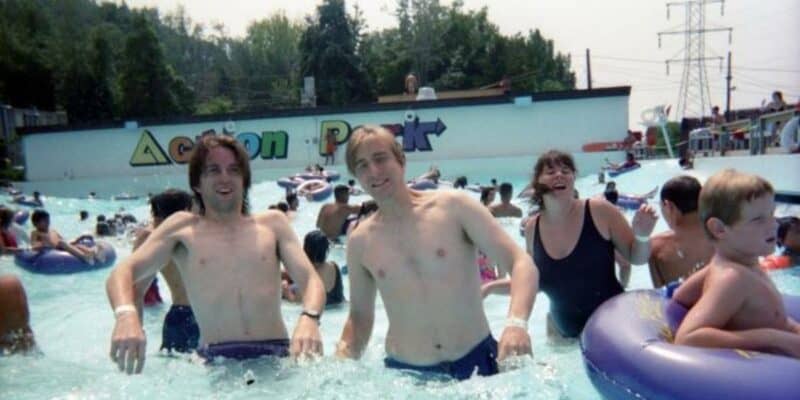 There is one amusement park in this world that was regarded as a chaotic masterpiece by some, while others detested it’s existence. Run by Gene Mulvihill, Action Park in New Jersey was potentially the most infamous amusement park that has ever been created, and surely, the most dangerous.

When we think of Walt Disney creating Disneyland, we can see that Walt was focused on the magic of the Park, along with aesthetic, detail, and safety. Everything had to function correctly before Guests were able to board an attraction, for very good reason. When creating Action Park, Mulvihill did not have the same outlook. Action Park opened in 1978 and through the 80s became the most popular spot in Jersey, as well as the most dangerous.

Almost every Guest would have been left injured, some left in stretchers, and some left dead. Even knowing that death was a possibility at Action Park, the amusement park run by teenagers kept up the unsafe and rowdy behavior, and the Park never fixed any of the safety concerns. Action Park had three sections themed to a natural outdoor finish, similar to Disney’s River Country. Those sections were Alpine Center, Water World, and Motor World. Motor World was located across the highway which ran through the Park, while the water attractions sat on the other.

On HBO Max, Class Action Park (2020) tells the story of Action Park, and while some of it has a hilarity to it, other aspects are disturbingly grim. The documentary begins with a woman stating that at Action Park, “death is tolerated” and soon, we would learn exactly what she meant.

Action Park has some of the wildest attractions out there. One waterslide was called the Cannonball Loop, and it would drop Guests down a steep black tube slide and then was meant to take them upside down through a loop and then out into a pool of water. The attraction was created by Gene on a cocktail napkin and then when built by welders, was tested by theme park employees who Gene would pay $100.00 to risk their lives and go down the tube.

Many of the employees left the water slide with bloody mouths and missing teeth. Then, some riders were coming out with lacerations and no one could figure out why. Turns out, the knocked-out teeth were lodged into the slide, cutting riders as they were banged around the tube. Then, a steel ball was created where riders would ride down a track, flipping around as they went down. What looked like wild fun, in theory, turned into a nightmare after the track broke due to heat on the first run through and the steel ball with a rider inside went through the highway and crashed into a lagoon on the other side.

Employees were testing out another slide that would use a plastic mat to sit on, and at certain sections, the bumps would send them flying in the air. At first the air time seemed to be working out, until one employee took too much air time, missed the slide completely, and landed on his face. He was back-boarded out on a stretcher. The iconic Tarzan Swing was a recipe for disaster that Guests could not stay away from. Many Guests would land on each other, some would be shocked by the ice-cold water and emerge in utter panic, screaming as their limbs were unable to move, and if you were too scared to swing, the surrounding Guests would bully you until you did the jump.

Food was stated to be stale and expired, and hot dog buns were put near steam to try and soften them back up after they were rock hard. The park was truly run by kids and for the kids. Gene Mulvihill was being sued left, right, and center, and even faked an insurance company in the Cayman Islands as no one would insure the Park. When someone would sue, he would bring them to court and drag out the case. It was said that due to this, Gene would win 93% of cases, and for the ones he lost, he would not pay out unless the police came knocking.

To keep Guests from sneaking onto attractions, Gene would stage a fake death, where an employee tasered a Guest trying to jump on the ski lift with a cow taser. Although staged, parents came to the Park in a rage after hearing a teenager tasered a trespasser to death. Then, real deaths began. Action Park was littered with tragedy from multiple drownings in the wave pool, and more. In the documentary, as we noted earlier, we first hear that at Action Park, “death is tolerated”. Later in the film, we can see that that came from George Larsson’s mother.

George Larsson was flung from his ride vehicle, which had broken breaks while riding the Alpine Slide. The Alpine Slide was the most notorious attraction at Action Park, causing injuries daily. George was smacked into rocks that Gene was told were a hazard and had to remove, but never did and ended up not surviving the crash. The Larsson family settled with Action Park for only $100,000.

If you were lucky enough to only come out of the Alpine Slides with a scrape, you would be sprayed with iodine and alcohol, which Guests said was insanely painful, and yet, almost everyone in the Park had the orange spray on one section of their body. After six deaths, hundreds of injuries that were never reported, and more, Action Park shut down in 1996.

Have you ever heard of Action Park? Let us know in the comments below.