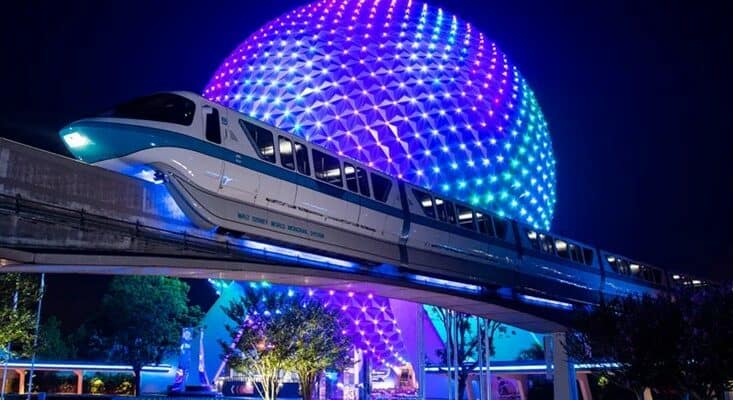 In recent weeks and months, the State of Florida and The Walt Disney Company have found themselves in a bitter battle.

The ongoing political issues involving Walt Disney World Resort and Florida Governor Ron DeSantis have even had some Disney Parks fans calling for the popular theme park to move to another state.

The current drama in the Sunshine State began when Walt Disney World and The Walt Disney Company did not immediately take a stand against Florida’s controversial “Don’t Say Gay” bill.

Related: Disney’s Stock Price Crumbles to Lowest In Over a Year Amid Florida Battle

Recently, Disney employees staged walkouts over Chapek’s initial response to the legislation. However, the company has now officially opposed the legislation, which has been signed into law by Florida Governor Ron DeSantis.

DeSantis, who very much supports the law, has shared his stance on the matter, saying Disney “crossed a line.”

Related: Guests Believe Walt Disney Is “Rolling In His Grave” Over State of Parks

The bill, which would see the Reedy Creek Improvement District dissolved, passed the state Senate on Wednesday with a vote of 23-16 and the state’s House of Representatives on Thursday by a vote of 70-38.

Disney has up to this point declined to comment on the legislation, but the dispute is likely to end up in court.

Now, a constitution expert has weighed in on whether or not the revocation of Disney’s special tax status is actually a violation of the company’s First Amendment rights. Orlando news station WESH 2 shared:

He says it’s possible Disney could sue the state claiming it was punished for taking a stand.

“If Disney can prove that that’s what happened — that there was a retaliation against Disney by the state of Florida, who sought to take away a benefit that the government had previously gave to Disney — that might set for a retaliation claim under the first amendment,” Walters said.

The First Amendment grants the right to free speech and reads:

Congress shall make no law respecting an establishment of religion, or prohibiting the free exercise thereof; or abridging the freedom of speech, or of the press; or the right of the people peaceably to assemble, and to petition the Government for a redress of grievances.

Walters did go on to acknowledge, however, that The Walt Disney Company would be in for an uphill battle if they chose to fight the Reedy Creek dissolution with a lawsuit. He said that “issues of motive and intent” are notoriously challenging to prove in a court of law.

At this time, Disney has not issued a formal statement regarding the situation.

Do you think Disney’s constitutional rights have been violated?