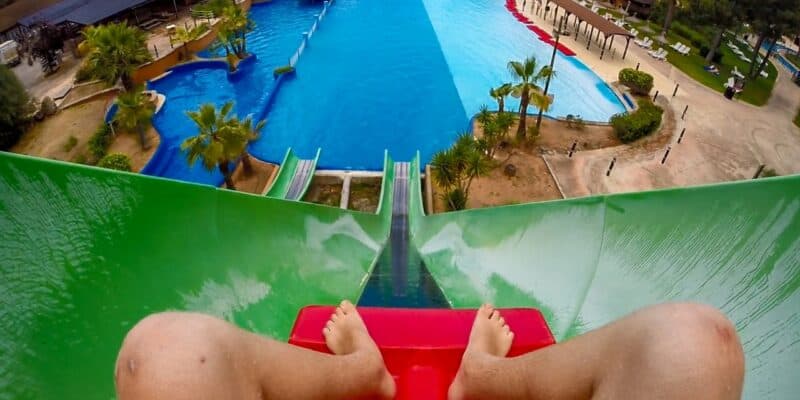 One thing that Guests never expect to happen when they enter a theme park is to be injured.

We have recently written about the dangers of water parks at various different locations. Action Park was a death-ridden, injury-inducing water park that Guests seem to still love even after it has shut down, despite its proven dangers. Universal has also recently been put under attack for a lawsuit at their Park Volcano Bay, however, it was not due to injury, but rather what they said was the intention to prevent it.

As reported by the Orlando Sentinel, Dylan Campbell showed up to the Park with his son, but was turned away from a water slide due to a physical difference. Dylan Campbell can deadlift 185 pounds, all with just one arm. Campbell was born that way, so he has learned how to live his life in such a way that he can operate just like anyone else with just one arm. He even mastered playing video games and writing with his feet if he has to!

Now, one Guest is suing Aqualand water park in Mallorca after experiencing a “nightmare” vacation. As reported by the Daily Mail, “Jennifer Proctor, 27, smashed her spine during her descent of the extreme 40ft-high slide”, Banzai. Jennifer claims she was left 4in shorter after breaking her back.

She had to undergo an emergency spinal fusion in Spain to treat her injuries, and claims the damage left her 5ft 7in tall – 4in shorter than her height before the accident.

She has now launched a £500,000 damages claim against Spanish amusement park operators Aspro Ocio SA, as well as a firm of Spanish insurers Liberty Seguros, alleging fault in management of the slide. Miss Proctor’s claims are being challenged.

Jennifer was training to be a teacher but due to her ongoing injuries, she is not working. Her spinal surgery also turned into a septic injection, making matters worse. Jennifer said, “I thought I would have the time of my life on holiday, but instead it quickly became a nightmare. Having to undergo surgery abroad, away from family and friends, was extremely difficult, and I feel that my life has been turned upside down by my injuries. I just hope that I can get the answers I am looking for as to what happened.”

At the moment, no decisions have yet to be made on Jennifer’s tragic case. Aqualand El Arenal will open on May 9, 2022 for the summer season.

Watch a POV of the attraction below.

Have you ever been injured at a theme park? Let us know in the comments below!