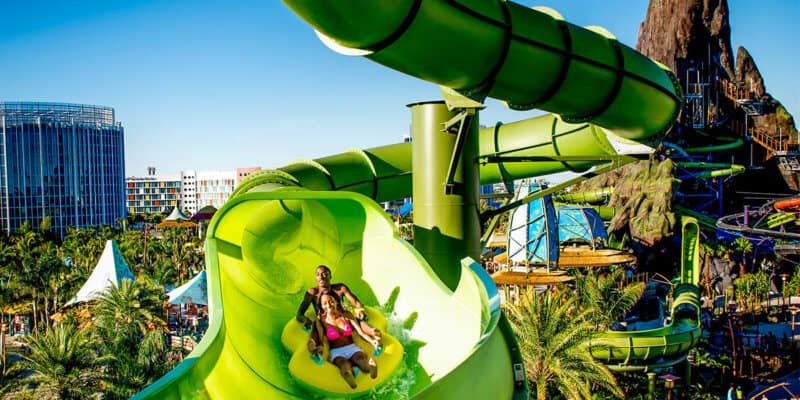 Being turned away from an attraction is never a great feeling. Whether a Guest’s body is unable to fit in a ride vehicle, or perhaps they are too short, waiting in a line with your friends and family for hours turns an exciting adventure into what some have described as a humiliating one, as everyone must watch you be asked to leave the line and the attraction.

In the past, we have reported on this happening at Universal Orlando Resort. In both instances of our reporting, the size of the Guest’s body was the prime factor in Guests not being able to ride due to the way the seats were configured. For example, one Universal Guest was turned away from Hagrid’s Magical Creatures Motorbike Adventure in the Wizarding World of Harry Potter because he did not fit the ride vehicle. The incident was the catalyst for that Guest to go on a weight loss journey, which he is now thankful for, but others have not expressed the same gratitude.

In 2019, another issue occurred at Volcano Bay. As reported by the Orlando Sentinel, Dylan Campbell showed up to the Park with his son, but was turned away from a water slide due to a physical difference. Dylan Campbell can deadlift 185 pounds, all with just one arm. Campbell was born that way, so he has learned how to live his life in such a way that he can operate just like anyone else with just one arm. He even mastered playing video games and writing with his feet if he has to!

“Whenever you have an eligibility standard for a person with a disability, the ADA requires that the standard be based upon real risks and significant risks — not on mere speculation, stereotypes or assumptions. The manufacturer’s operations manual requires the ride operator to warn guests to hold onto the handles but everybody who has been to one of those rides, or has seen pictures of them, knows that you see people all the time with their hands in the air, with no one holding onto the handles.”

Universal, as well as ProSlide, declined to comment on the ongoing case. Universal “denies that it engaged in any discrimination or segregation with respect to plaintiff on the grounds of disability.”

There have been other instances of Guests who were born without a limb being turned away from Universal attractions. Katie Champagne was once turned away from Harry Potter and the Forbidden Journey for not being able to hold on to the ride restraints. This is an especially interesting case as the ride restrains Guests in, and holding on is not needed to provide safety. Katie’s case also went to court, but records show “Universal said it was required by Florida law to follow guidelines issued by ASTM International, which sets standards for a long list of materials, products and services, including theme park ride design and manufacturing, and that ASTM deferred to ProSlide’s safety recommendations.”

Have you ever been turned away from an attraction for any reason? Let us know your thoughts on the situation in the comments below.