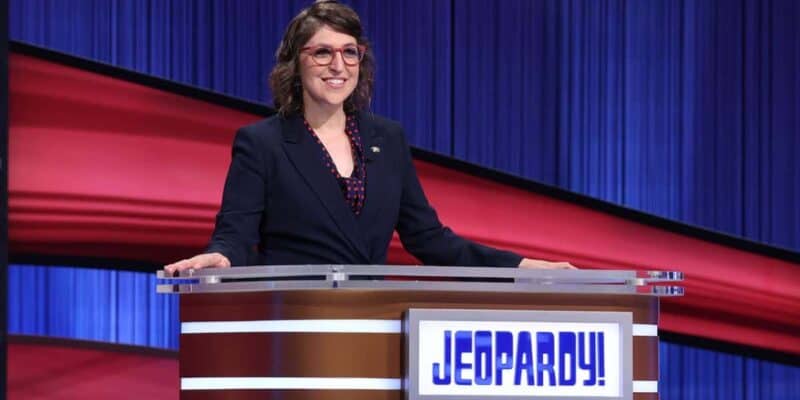 Prior to selecting Jennings and Bialik, the ABC show went through a number of Guest hosts to see who would be the best fit to replace Trebek. After months of “auditions”, including Reading Rainbow host Lavar Burton and former Jeopardy! champions such as Buzzy Cohe, the show then decided to go with not one, but two hosts — former Jeopardy! champion, Ken Jennings, and Big Bang Theory actress and author, Mayim Bialik.

The two are currently taking turns hosting Jeopardy!, but Bialik has made a change to the way she announces the opening round of the game, and fans are not having it.

Mayim Bialik has made a very subtle change to Jeopardy! that fans have definitely noticed. If you have not seen the actress host the show, she has been calling the opening round of the game “Single Jeopardy,” as opposed to just “the Jeopardy round,” which is what it was known as when Alex Trebek hosted.

We are not sure exactly when Bialik first used the “Single Jeopardy” phrase, but this change is not going over well with long-time fans.

Now, the Big Bang Theory actress and Jeopardy! host is clapping back, defending her actions.

“I did it once! I did it once,” Bialik tells Yahoo Entertainment in a new interview. “There are, like, if it wasn’t right, they would have had me redo it. Meaning, there’s nothing I do– like, I barely act alone. I promise. Like, there’s so many things that we retape, we go back. I mean, I flub things. Like, you know, you’re seeing an edited version.”

“So it’s funny. When I saw that, I was like, but if it was like literally not kosher, there’s like a million producers and writers and researchers. Like they’re all listening to me. So I was like, I know it may not be the norm, but when I saw that Alex had referred to it, it was not out of the norm. It is definitely not normative. I will never do it again, even if it’s in the script. I will not say it. People care a lot! I get it, and I’m sorry, and I’m doing my best.

And the fact is, like I said, I mean, I say things all the time where they’ll be like, what? That doesn’t– no, do it again. You know? So it’s not like Mayim’s going rogue. Like everything is very carefully monitored, calculated. There’s like a thing in my ear, I promise.”

How do you feel about the controversy surrounding Mayim Bialik? Let us know in the commnets below.