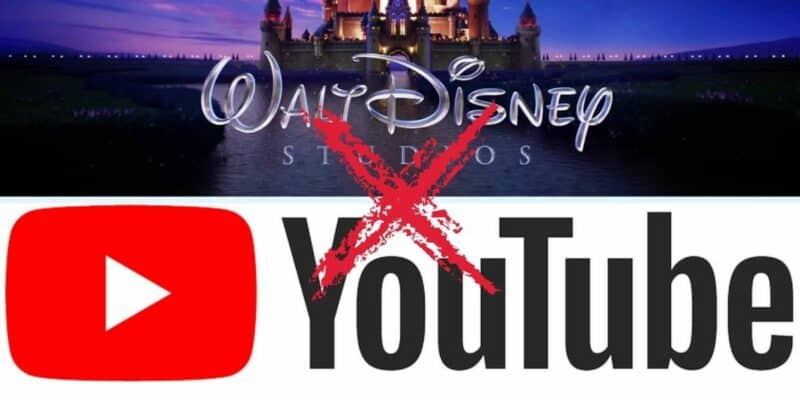 The wittiness of Loki, the nostalgia of The Mandalorian, the heart of Pixar’s Soul (2020).

Disney+ has provided viewers with a vast array of entertainment since its launch in 2019, becoming one of the most financially successful aspects of the Walt Disney World company during the pandemic.

Now though, it seems Disney content on YouTube TV is in jeopardy due to issues with negotiations.

Disney has seen major success with its new streaming service, with Disney CEO Bob Chapek seen by Disney fans to be moving attention to Disney+ and away from the quality of the Disney Parks.

With successful shows like Marvel’s Hawkeye, WandaVision, What If…? and Loki, as well as movie premieres like Cruella (2021), Pixar’s Luca (2021), and Black Widow (2021), Disney+ has seen new customers subscribe in their millions to the watch its original content.

In fact, Disney+ has been so successful that just a few months after the streaming service first launched in November 2019, it forced the shut down of over 100 channels, including Disney Channel and Disney Junior, in various countries such as Italy, Germany, and Spain.

Now, Google is telling YouTube TV subscribers that its current contract for Disney’s content is due to expire this week and that they could be removed from the service.

YouTube TV and Disney’s partnership ends this Friday, December 17 and no decision has been made on whether or not they will renew their partnership for its content, including Disney Channel and ESPN.

If they are unable to reach an agreed deal by this Friday, the Disney-owned channels will no longer be available to stream and YouTube TV has offered customers a decreased monthly price of $49.99, down $15 from $64.99.

Some of the channels that would no longer be available on YouTube TV are Freeform, Disney Channel, Disney Junior, National Geographic, and ESPN.

We always want to be transparent and give you a heads-up during these active conversations. Disney is an important partner, and we’re optimistic that we can work with Disney and keep their content available on YouTube TV.

We always want to be transparent and give you a heads-up during these active conversations. Disney is an important partner, and we’re optimistic that we can work with Disney and keep their content available on YouTube TV. For live updates: https://t.co/R7MzaOv0p5

The streamer continued with the announcement of the decreased monthly cost:

Members, we’re working with Disney to continue carrying Disney-owned channels, including ESPN and your local ABC station. If we’re unable to reach a fair deal by 12/17/21, we’ll decrease our monthly price by $15 while content is off the platform.

Members, we’re working with Disney to continue carrying Disney-owned channels, including ESPN and your local ABC station. If we’re unable to reach a fair deal by 12/17/21, we'll decrease our monthly price by $15 while content is off the platform.

YouTube TV also shared a blog post detailing the partnership with Disney and the need to find an equitable deal with the media giant:

In order to make 85+ channels available to you on YouTube TV, we partner with content owners. From time to time, our partnerships need to be renewed to ensure we continue to offer a strong lineup at a competitive and fair price.

We are now in negotiations with Disney to continue distributing their content on YouTube TV. Our deal will expire on Friday, December 17, 2021. We have not yet been able to reach an equitable agreement, so we want to give you a heads-up so that you can understand your choices.

Disney is an important partner for us. We are in active conversations with them and are working hard to keep their content on YouTube TV. Our ask of Disney, as with all of our partners, is to treat YouTube TV like any other TV provider – by offering us the same rates that services of a similar size pay, across Disney’s channels for as long as we carry them.

We welcome a renewed agreement provided we can reach equitable terms with Disney. However, if we are unable to reach a deal by Friday, the Disney-owned channels will no longer be available on YouTube TV starting December 17, and we will decrease our monthly price by $15, from $64.99 to $49.99 (while Disney content remains off of our platform).

We would love every member to stay with our service, but we give you the flexibility to pause or cancel your membership at any time. If you want to continue watching some of Disney’s content, consider signing up for their own service, The Disney Bundle, which they offer for $13.99/month and which is subject to its own terms and restrictions.

We will share any further updates here as we seek a resolution for you, our members.

Thanks for your patience and for being a YouTube TV member.

If the Disney deal expires this Friday, these are the channels and content from Disney that YouTube TV customers will lose:

Stay up to date with Inside the Magic to get future updates on this ongoing story.