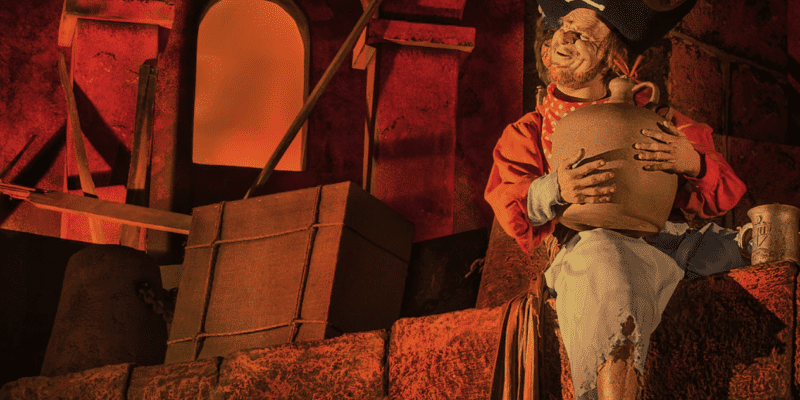 Disneyland Resort is home to many iconic attractions that have been staples for nearly seven decades.

The Haunted Mansion, “it’s a small world,” Jungle Cruise, and many others have been a part of Disneyland Park since the very beginning, but some would argue the most iconic of the original attractions is Pirates of the Caribbean.

If you’ve ever ridden Pirates of the Caribbean, you know there is just something unique about the attraction.

From the smell to the history to the crazy changes we’ve seen with the updates to include Captain Jack Sparrow, Pirates of the Caribbean is still one of the most beloved attractions at both Disneyland Resort and Walt Disney World Resort.

However, we reported this week that the iconic attraction is set for an indefinite closure.

Pirates of the Caribbean will be closing on March 14 and does not have a reopening date at this point. The Disneyland website says that it is expected to reopen in the summer of 2022, but as we know, dates are subject to change.

Alice N. commented on the Inside the Magic Facebook page:

“Tell me this is fake. You can’t close the most iconic ride!”

Jonathan N. said they believe the attraction’s closing time period is not ideal with spring break crowds set to come to the Disney Parks again.

“Maybe they are taking “Captain Jack” out and moving in a different direction.”

Many Disney Guests were frustrated by the closure, especially those who have a vacation planned for later in March or this spring.

Disneyland’s official description of Pirates of the Caribbean reads:

At Disneyland, there is so much for Guests to enjoy! Now that the mask mandate has dropped for fully vaccinated Guests, Guests can enter buildings without a face covering if they so choose. Walking up to Sleeping Beauty Castle is always a dream, especially when you get to go inside and relive the story of Aurora and Maleficent.

Riding classics like “it’s a small world”, Pirates of the Caribbean, Mr. Toad’s Wild Ride, The Haunted Mansion, Matterhorn Bobsleds, Splash Mountain, and more will have you feeling the magic, and craving a churro! Toontown is currently gearing up for a massive change which will be revealed in 2023 with the reopening of the land, and the debut of Mickey and Minnie’s Runaway Railway. Plus, now at Disneyland, Guests can enjoy Star Wars: Galaxy’s Edge for some blue milk, or green milk, and ride Rise of the Resistance and Smuggler’s Run.

Will you miss out on Pirates of the Caribbean on your trip to Disneyland Resort? Let us know in the comments below!