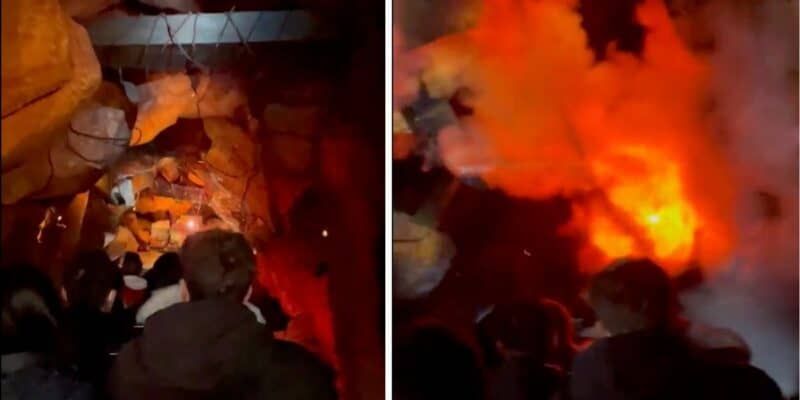 If you are a fan of Disneyland Paris’ Big Thunder Mountain attraction, we have some news for you!

Depending on where you have ridden Big Thunder Mountain Railroad in the past, you surely experienced a very different attraction, with a different storyline and effects. Although Big Thunder Mountain is always a coaster that takes place through a rocky rubble landscape, each Park, whether it be Walt Disney World Resort, Disneyland Resort, Disneyland Paris Resort, or Tokyo Disney’s has a totally different ride than the others. During the 60th anniversary, Disneyland Resort upgraded its explosion scene, as did Disneyland Paris, and it looks amazing.

The only downfall here, however, is that the technology behind the effect has been causing issues at Disneyland Paris for quite some time now. We have heard many Guests complaining that the smoke has not been going off properly, and the ride even went under a short refurbishment recently. Although the ride was looked at, it seems that the effects were still experiencing some issues. Today, however, some of those technical difficulties have been resolved!

Le Parcorama (@parcorama) took to Twitter to share that the smoke is once again working on the attraction! It does seems that the middle collapse effect is still not functioning as it did when it opened, but that is one effect that has seemingly never been fully fixed after it initially stopped working, so it may be a Yeti situation where the effect remains abandoned for years, as it has on Expedition Everest at Disney’s Animal Kingdom.

The DLP update everyone is waiting for : the smoke is on today

The DLP update everyone is waiting for : the smoke is on today 💨 pic.twitter.com/c1ZATHc5KB

Disneyland Paris describes their attraction as:

When do you plan to visit Disneyland Paris next? Let us know in the comments below!