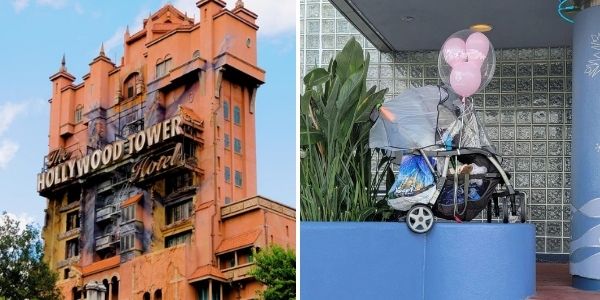 PSA: Walls are not for sitting, or parking strollers on.

When visiting the Disney Parks and Resorts, Guests are always expected to follow the rules and respect other Guests. Unfortunately in the past, we have seen instances of Guests lashing out, cutting in line, and even punching each other. While most Disney World Guests will follow the rules, there are always some that won’t.

And speaking of rule-following, Disney also has fairly strict places Guests are allowed to Park and leave their strollers. While Disney does offer a stroller rental service, Guests are more than welcome to bring in their own if they choose to. However, this is only under the agreement that the Guest will follow the rules when it coms to how they use it and in a recent picture shared with us, this was not the case.

As you can see in the photo below courtesy of Kate Lewis, one Guest decided to park their stroller right up on some railing in Disney’s Hollywood Studios:

As stated earlier, this appears to be right outside of For The First Time In Forever: A Frozen Sing-Along Celebration at Disney’s Hollywood Studios. While quite a funny sight, this is certainly against Walt Disney World Resort rules. Check out the full list of rules here.