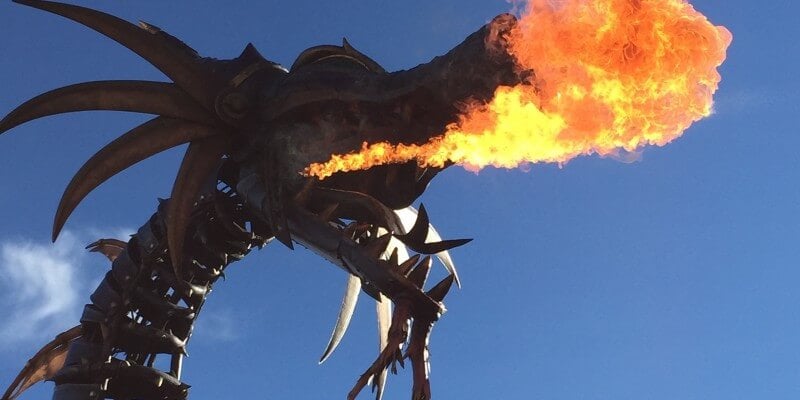 It’s been an exciting time at the Walt Disney World Resort recently, with one of Magic Kingdom’s most beloved shows returning for the first time in over two years!

Disney’s Festival of Fantasy Parade has not been performed since early 2020 due to the ongoing COVID-19 pandemic. Guests have been eagerly awaiting its return ever since and finally, the day has come. Unsurprisingly, Disney has also added this parade to its growing list of choices that Guests can pay for using Genie+

As the parade returned yesterday, however, we couldn’t help but notice the parade was downgraded significantly compared to a few years ago. First off, there was no parade float-themed to Brave (2012). This would be a big hit to the parade alone, but we also noticed that the number of Cast Members and performers in the show was nearly cut in half.

Sadly, these two performers above who were lovingly called the “Cha Cha Bingo Girls” also failed to return. Throughout the show, we noticed nearly 40 performers seemed to have gotten cut when compared to previous versions. We are unsure why these changes were made, as it may have something to do with COVID-19 safety or an actual lack of performers.

See a full stream of the show’s return yesterday below courtesy of EarsomEmporium with Genevieve on YouTube:

Many, however, were very excited to see the show return, and are happy to have Disney bring back a parade in any capacity!

Are you excited about Disney’s Festival of Fantasy returning? Let us know in the comments below.