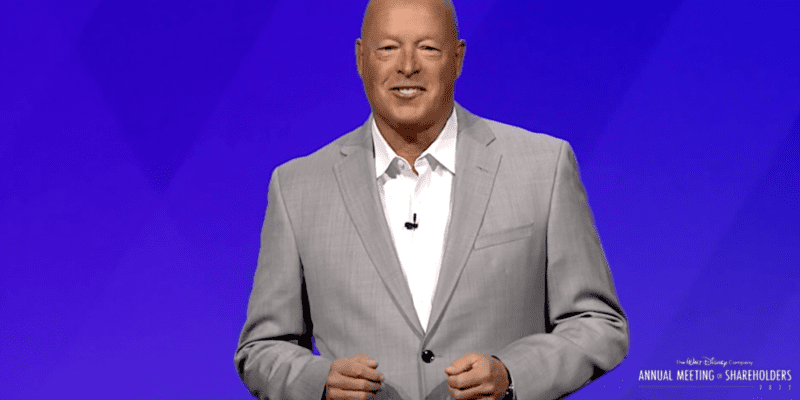 Disney CEO Bob Chapek has received overwhelming backlash over the past several months and, in particular, over the last few days.

Chapek, the head officer of The Walt Disney Company, waited several days to release a statement on the “Don’t Say Gay” bill that recently passed the Florida state legislature. However, even after Disney released a statement on the matter, fans became even more upset. Disney stated that it understood the issue’s importance to its Cast Members and customers, but fans felt the statement was a “slap in the face”.

After the backlash from the initial statement, Chapek sent out an internal email to Cast Members that was leaked online and many fans and even shareholders called for him to be fired from the Walt Disney Company.

A petition on Change.org calling for Chapek’s firing has received more than 100,000 signatures.

Despite the controversy that Chapek has received, the preliminary voting results of the Disney annual shareholders’ meeting have him re-elected to the Board of Directors. The final results won’t be available until next week, but right now, a reported 94% of proxy voters have voted in favor of re-electing Chapek and the other 10 members of The Walt Disney Company to the board of directors. This information was revealed on the Disney annual shareholder meeting that was held virtually.

Chapek also revealed during the Q&A portion of the meeting that he had a meeting with Florida Governor Ron DeSantis on the state’s bill and that DeSantis agreed to meet with him and Disney Cast Members to hear concerns and participate with our LGBTQ population and come up with ideas and concerns of specific aspects of the legislation.

“We stand with out LGBTQ+ community going forward as well as advocacy for this group,” Chapek said. “We take very seriously our inclusion across the company, we unequivocally stand in support of this group.”

During the meeting, Chapek announced that Disney pledged $5 million to protect LGBTQ+ rights.

In addition to the controversy on this current issue, many Disney fans have accused Chapek of only caring about the bottom line and “ruining the magic.” As Disney continues to raise prices– such as the introduction of the Star Wars: Galactic Starcruiser– many believe Chapek is to blame for Cast Member wage disparities and a number of issues concerning the state of Disney Parks.

While many fans have lobbied for the return of Bob Iger as the Disney CEO, Iger revealed a couple of months ago that he has no interest in returning to the position.

What do you think of Bob Chapek’s latest statement? Let us know in the comments.