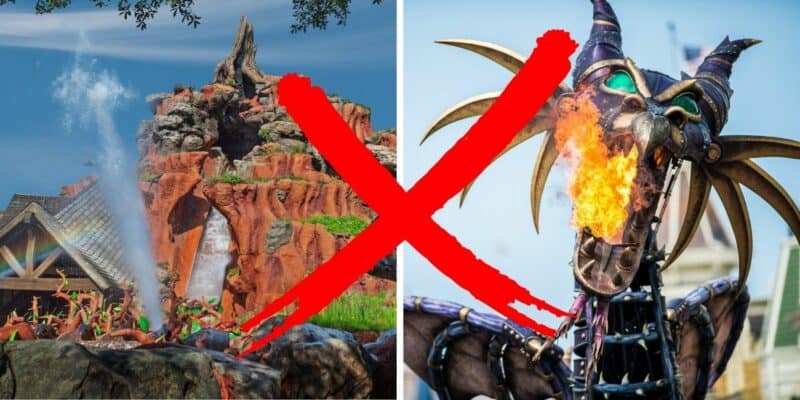 Disney announced that they would be retheming the Splash Mountain theme park attraction, (located in both Disney World and Disneyland) from the controversial film, Song of the South to the 2009 film, The Princess and the Frog.

Now, Disney World has removed “Zip-a-Dee-Doo-Dah” from the Festival of Fantasy parade soundtrack.

Within Splash Mountain, you can spot many of the characters from Song of the South, including Br’er Rabbit, Br’er Fox, and Br’er Bear, as well as hear the iconic song “Zip-a-Dee-Doo-Dah”. However, as Disney strives towards diversity and inclusion, the Parks have been removing references to Song of the South.

The first was Disneyland Resort, whom decided to remove “Zip-a-Dee-Doo-Dah” from the esplanade loop. When this occurred, a Disneyland official explained “The removal of the song from Downtown Disney’s background music is part of a continuous process to deliver an environment that features stories that are relevant and inclusive.”

Now, it seems those efforts are continuing on the East Coast as the song, which originated from Song of the South and is played during the Disney Parks attraction, Splash Mountain, has been removed from the Festival of the Fantasy parade.

The fan-favorite Festival of Fantasy parade returned to Magic Kingdom today, March 9, but the “Zip-a-Dee-Doo-Dah” reference did not.

In a live stream video from EarsomEmporium with Genevieve, you can watch the return of Festival of Fantasy parade, which has removed the “Zip-a-Dee-Doo-Dah” song, which was heard towards the end of the parade as the Mickey Mouse float approached.

Right as Donald Duck approaches on his float, you can hear the “Mickey Mouse March”, which used to turn into “Zip-A-Dee-Doo-Dah”, but that no longer occurs and instead, it is replaced with music. Take a listen in the video below:

For comparison, you can watch our video of Festival of Fantasy from prior to the ongoing pandemic, which included the “Zip-a-Dee-Doo-Dah”. You can hear it in the final unit, which includes “Mickey Mouse March”, “Zip-A-Dee-Doo-Dah”, “When You Wish Upon a Star”, “I’ve Got No Strings”, Whistle While You Work”, “When I See an Elephant Fly”.

This section begins at approximately the 13:00 mark in our video below when the Mickey Mouse float approaches our team.

Disneyland Paris also recently removed the song from its Disney Stars on Parade.

As of right now, Disney has not yet made an announcement on when Splash Mountain would be rethemed to The Princess and the Frog, and the attraction remains open to the public at Walt Disney World Resort and Disneyland Resort.

If you aren’t familiar with the song, the lyrics read:

Mister Bluebird’s on my shoulder
It’s the truth, it’s actual
Everything is satisfactual

How do you feel about “Zip-a-Dee-Doo-Dah” being removed from Festival of Fantasy parade? Let us know in the comments below.