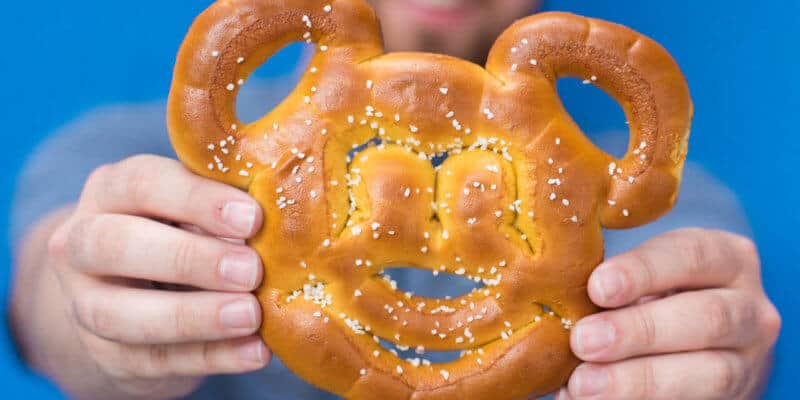 When it comes to inflation at Walt Disney World, it is hard to ignore how costs have risen over the past few months, especially when it comes to food and drink pricing.

Since then, we have already seen portion sizes shrink, while costs have risen for many different food and beverage items across the Park. Now, it seems some Disney fans have noticed that Disney has swapped manufacturers for one of their beloved food items, shrinking the size of the snack, while raising the price. The interesting thing is, that exact same snack is sold at a local gas station, by the same manufacturer, for a much lower cost.

Acdoesdisney (@acdoesdisney) and the Disney Couple (@disneycouple) looked into the now smaller size of Disney’s cream cheese pretzel. The cost raised to $7.19 even though the pretzel size changed. It seems the Wawa carries the exact same snack but sells it for only $2.00 which is dramatically cheaper than Disney, according to the post below.

We have seen Disney inflate costs of items you can purchase elsewhere, like water, for example, as many theme parks do. The interesting thing with this snack is that many thought it was exclusive to Disney, and that the pretzel itself is now reportedly a much smaller size than what was previously offered with the heightened cost.

Have you noticed prices raising at Walt Disney World? Are you ok with these costs?