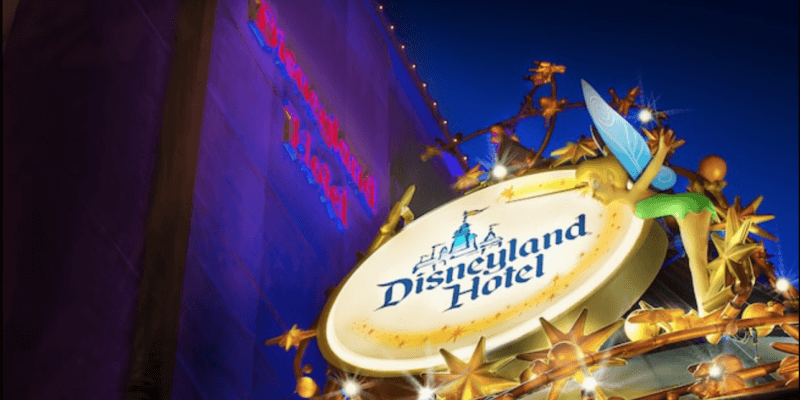 Related: Everything Coming to Disneyland Paris During Its 30th Anniversary Celebrations

As we have reported, If you are visiting the Happiest Place on Earth and looking to stay right in the magic, look no further than the Disneyland Hotel. From nostalgia to wonder, impeccable theming to gorgeous rose gardens, theme park views to Trader Sam’s, the Disneyland Hotel has it all, nestled right in Anaheim, California, the home of Disneyland.

For tourists and locals, longtime fans, and new Disneyland visitors, the Disneyland Hotel is absolutely enchanting. Its proximity to Disneyland Park, Disney California Adventure Park, and the Downtown Disney District — as well as its rich history and variety of amenities — make this hotel worth staying at. If it is within your budget and you want to make sure you stay on Disney property during your Disneyland vacation, this is the hotel to choose.

Disneyland Hotel and Disney’s Grand Californian Resort and Spa will range to costs in the thousands for those visiting the Disney Park, depending on your room, and would both be considered a Deluxe hotel for any Disney fan. With table service dining onsite, walking distance to Disneyland and Disney California Adventure, and luxury suites, it is hard to call these locations anything but Deluxe. Plus, prior to the pandemic, Guests would often enjoy the treatment of a soft robe and slippers curated for the specific hotel.

Now, some Guests who have visited the Disney Park are speaking out on the cost of the Disneyland Hotel, in comparison to what the rooms offer. Personally, I love the Disneyland Hotel, and after a recent stay, found the standard room with a premium view of the Park to be exceptional and magical. That being said, some of the suites can become very costly, averaging over $1000.00 per night which may come with a higher expectation.

Read More: Everything You Should Know About Disneyland Tickets

One Guest recently took to the internet to post their Disneyland Hotel suite photo with nothing but positive reviews from their Disney Park Visit. That being said, the rest of the internet was quick to point out the flaws of the Resort. Below you can take a look at the room in question.

Loving, and living, that DLH suite life. from Disneyland

One Guest noted, “It looks so dated. Hopefully they upgrade the rooms with the new tower.” Another stated, “Not worth it at all. Literally could stay in a nicer room at any hotel located in the convention center for half the price. This is nothing to brag about tbh.”

Another Guest who just came back from a stay at Disneyland Hotel also chimed in:

Just got back yesterday from a 5 night stay in a 3 bedroom suite there.

Looked just like this, nothing special at all except the balcony we got to watch the fireworks from. They gave us the wrong room number (and tower) when we got there. had to schlep 10 suitcases up and down elevators (and lines) and back and forth to the desk. The soda machines and ice machine didnt work. Our VIP tour guide was 30 minutes late. Think I dropped almost $15Gs just at Disney for very mediocre everything.

If we take a look at pricing of Disneyland Hotel suites, even during the “off-season”, suites typically cost over $1000.00 and will only go up in price as more rooms are added. Regular rooms without any special view start just over $500.00 per night.

What do you think of the Disneyland Hotel? Have you ever stayed there? Do you want to?