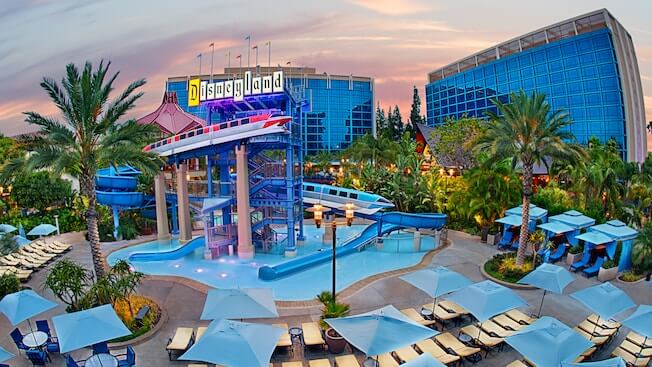 When Guests are staying at a Disney Resort, they often expect excellent service, and depending on your Resort; you may want high-quality luxury.

At Walt Disney World, Guests can choose from Value, Moderate, and Deluxe Resorts. Although the Value Resorts have a much lower price tag, the Deluxe levels are much higher, and with higher pricing comes higher expectation. At Disneyland Resort in California, the tiers do not really exist so much as there are only three hotels. Paradise Pier is typically the cheapest option; however, it is priced in the mid to high 300’s making it near a Deluxe cost.

Disneyland Hotel and Disney’s Grand Californian Resort and Spa will range to costs in the thousands, depending on your room, and would both be considered a Deluxe hotel for any Disney fan. With table service dining onsite, walking distance to Disneyland and Disney California Adventure, and luxury suites, it is hard to call these locations anything but Deluxe. Plus, prior to the pandemic, Guests would often enjoy the treatment of a soft robe and slippers curated for the specific hotel. At Disneyland Hotel, the robes were deemed to be incredibly comfortable and an added luxury that enhanced the stay of any Guest.

Read More: Everything You Should Know About Disneyland Tickets

On a recent stay, Inside the Magic noticed that those robes were no longer available to Guests; however, Disneyland Hotel robes were available for purchase at the gift shop in the Fantasyland Tower. When calling the front desk to ask for the robes to be brought up to our room, as they typically always were, we were told that unfortunately, that was one of the cuts that were made with the return of the hotels after reopening from COVID. It seems that there is not a distinct timeline on when or if they will ever return.

Right now, Disneyland is still missing World of Color at DCA, as well as their nighttime parades that Guests know and love. Most entertainment, such as live shows like Frozen, has not yet returned as well. All of that being said, Disney CEO Bob Chapek has noted that Disney has just experienced their second most profitable quarter yet. Hopefully, with this news publically acknowledged, a lot of these cuts will soon be able to return so that Guests can once again experience the full Disneyland magic.

We recently reported on a food poisoning stint that we experienced at Disneyland as well, which you can read on here.

What other cuts are you hoping to see scaled back over the next year at Disneyland or Disney World?

Become immersed in the spirit of Disneyland past and present! Stay in the Adventure, Fantasy, or Frontier tower—each an homage to the park’s original lands—and delight in the sleek, ultra-modern design at every turn. Located just steps from the Downtown Disney District, this hotel is a short stroll to both Disneyland Park and Disney California Adventure Park.