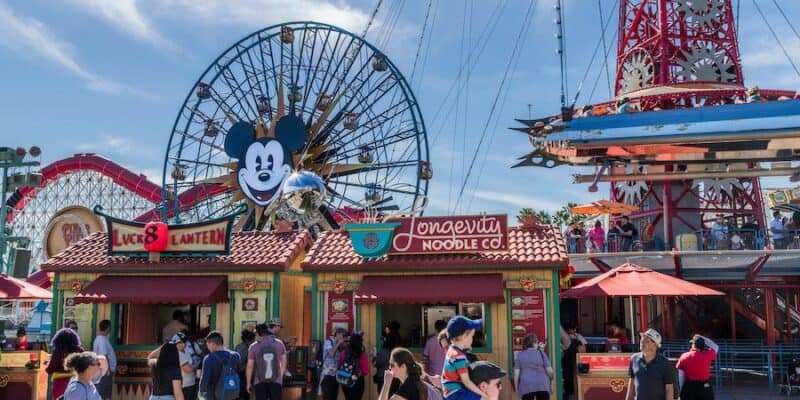 When Guests visit any Disney Park on vacation, they often expect to have the most magical time. After months of planning and saving up, getting to go to Walt Disney World Resort or Disneyland Resort is a huge deal for most Guests. Some may be joining Disney World for the 50th anniversary to enjoy Cinderella Castle at Magic Kingdom, while others may want to check out the new Avengers Campus at Disney California Adventure! Perhaps you are traveling to Europe for a Paris vacation at Disneyland Paris as the 30th anniversary begins! Whatever your reasons, Disney is a coveted vacation for all, and an expensive one.

Unfortunately, even though Disney lives within a realm of fantasy, things can still happen, which will make the vacation a little less magical. Typically, we have trip reports sent to us by readers, or see them posted online, but recently, yours truly went to Disneyland for the first time as an adult! Prior to this visit, I went when I was very young and could not remember most of what I saw, so the trip was a big deal for me.

I flew in to experience Sweethearts Nite, and to finally take in that core memory of seeing Sleeping Beauty Castle down Main Street, U.S.A. after having spent the last year in Orlando! The vacation began as nothing short of magical, walking through Disneyland, enjoying their spicy Dole Whip, mouth-watering beignets, riding so many attractions that I have witnessed on YouTube for years, and more!

Disney California Adventure was also just as fantastic as I would have hoped it would be, especially getting to experience Avengers Campus and Cars Land! Because of all of the different food selections at Disney, I was very open to tasting whatever I could, and only stuck to eating at Disneyland. Sadly, although delicious, the food would soon be the downfall of my vacation. I ended up with severe food poisoning, which has continued to last for days and ended up causing me to miss out on Sweethearts Nite as I was understandably bound to my bedroom. I did attempt to go to the Park and not waste my final Park day on an ECV; however, food poisoning is not the best Park buddy and cut that day very shortly after another unfortunate incident.

Although I am unsure which exact location the food poisoning occurred at, I can say that I was at DCA and had eaten at the Cozy Cone and ordered a chili cone, and later, at Pacific Warf, I ate at Cocina Cucamonga Mexican Grill and ordered the popular QuesaBirria. Both meals were delicious; however, later that night and through the rest of the vacation, I was extremely ill to the point of severe dehydration. Disneyland nurses ended up checking in, with some noting that a hospital visit may be necessary.

Although I was aware that my Sweethearts Nite tickets were non-refundable, I did want to see if anything could be done, considering where the food poisoning took place. And if not, I wanted to let Cast Members know where exactly I ate, to ensure that they would check out both locations to ensure this did not happen to others. After a couple days of torture, I was able to get by on an ECV, which was great! I was passed off from Cast Member to Cast Member and asked to go from my hotel Guest Services to Park ticket windows to in-Park Guest services and out of Park Guest Services.

After attempting to tell the 5th Cast Member, and at that time, just wanting to alert them about the bad food, I was told that if I wanted, once I was home, I could file a claim, but it would be a lengthy process. Interestingly, it seemed that there was a lot of emphasis on the negative aspects about reporting what had happened.

By that point, I decided to scoot myself into Disneyland for one last look at the castle before returning the ECV to my hotel. Thankfully, the staff at the Disneyland Hotel were fantastic, and I was even alerted by a security Cast Member that a nurse should be called, which I did not know you could do originally after he saw me walking to my room! He even stayed outside my door until I spoke with health officials to ensure we were all well taken care of!

Related: Disney dismisses allegations from guests claiming food had bugs in it

Of course, I was quite devastated about the food poisoning and how it was treated, but it always serves as a reminder to be mindful of what you are eating at any theme park, especially when you are consuming quick service meats! I had a few friends reach out to me and note that they too have contracted food poisoning from Disneyland Resort in the past, and some more recently, so it will be something I will be much more careful of on my next visit.

Have you ever had food poisoning at Disney? Let us know in the comments below!