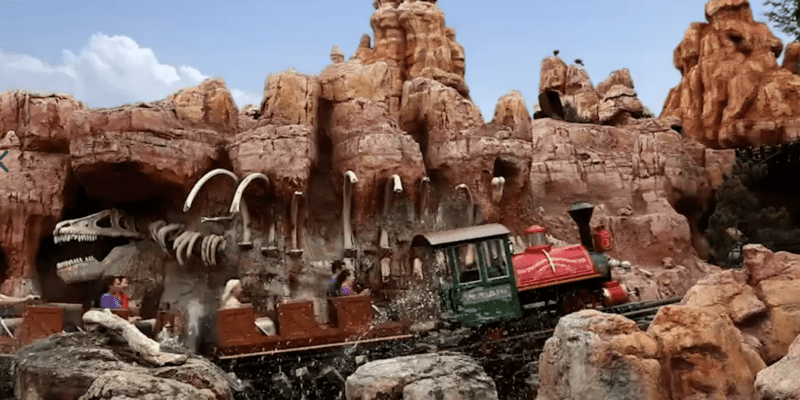 When Guests visit a Disney Park, they rarely expect for a ride to break down, and certainly not while they are on it! Rides tend to actually have complications quite often no matter what Disney Park you are visiting. Considering they are running all day long, every day, mechanics are bound to have little issues every now and again.

However, there are some attractions that Guests have noticed as notorious for breaking down. At Walt Disney World, we often see Splash Mountain, Haunted Mansion, Carousel of Progress, and more have to temporarily close from time to time. Another ride that also faces issues is Big Thunder Mountain Railroad in Frontierland at Magic Kingdom. It seems that Disney World, however, is not the only Park that this attraction has experienced issues in.

As we have reported in the past, Big Thunder Mountain at Disneyland Paris breaks down often and has even recently gone under refurbishment. As a Premier Access attraction, Guests are sometimes left crowding the entrance waiting to skip the line after paying to do so, only to be asked to wait until it reopens. This is something that can occur with any attraction, and Disney works hard to curb any lost time by making the repairs efficient, but it is interesting when you see breakdowns become a pattern.

At Disneyland Park in California, it seems the attraction has been having some technical difficulties as well, as of late. One Reddit poster recently shared Big Thunder Mountain breaking down while on the incline up the rocky tunnel shaft. Two4Slashing shared a photo of the location where the ride broke down stating, “Uhh, we stuck!!”.

Uhh, we stuck!! from Disneyland

Four other Guests commented that they recently got stuck there as well, with a fifth noting “We got stuck twice a few weeks ago. Once we were in a spot where we couldn’t get out and had to wait about 40 minutes for maintenance, then we got stuck on the first incline and had to climb down. I was worried they’d have to get a crane to get me out, haha.”

It is unfortunate that this is where the ride is experiencing issues as it is where the amazing explosion effect takes place, which for many is the highlight of the ride. The Guest who posted the Reddit thread noted that they were stuck for 20 minutes and then had spent around 20 minutes evacuating. They were given a free Lightning Lane pass to use on another attraction in the Park for their troubles.

Are you a fan of Big Thunder Mountain? Let us know in the comments below!