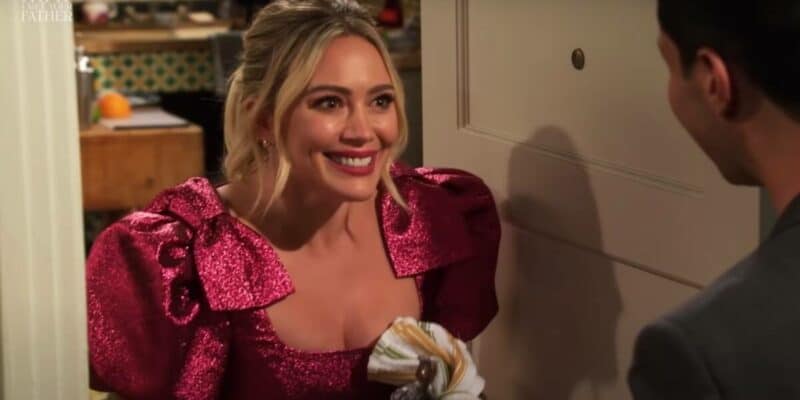 Recently, a middle school teacher went viral for quizzing her 11- and 12-year-old students on various 1990s and early-2000s celebrities. A pizza party was on the line for the tweens, who did not fare particularly well at the task.

Related: ‘Hannah Montana’ Star Had “Best Day of Her Life” at Disneyland

The viral TikTok video [above] has now been viewed over 1.3 million times, and it seems that one of those viewers was Duff herself. The How I Met Your Father star recently responded to the video, hilariously throwing shade and the tweens who didn’t know her name.

The mom of three continued:

Duff is currently starring in How I Met Your Mother spinoff series, How I Met Your Father, on Hulu. The show — which has yet to feature cameos by original cast members like Neil Patrick Harris (Barney) and Cobie Smulders (Robin) — is officially described as:

In the near future, Sophie is telling her son the story of how she met his father: a story that catapults us back to the present where Sophie and her close-knit group of friends are in the midst of figuring out who they are, what they want out of life, and how to fall in love in the age of dating apps and limitless options.

What do you think of Duff’s response to kids not knowing her as a “noughties” icon?