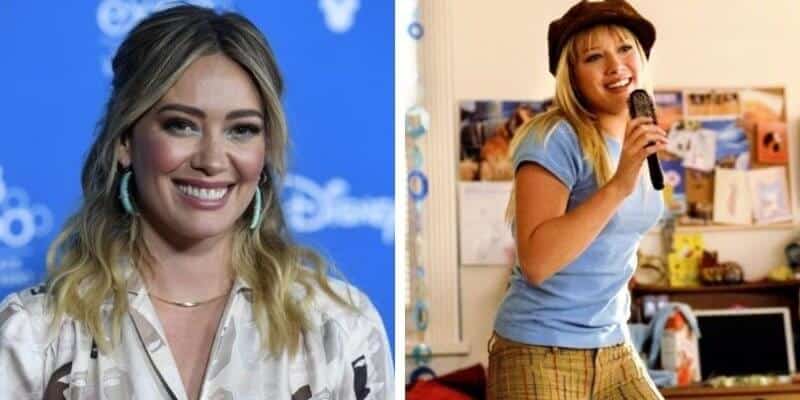 Disney adults are known for their love of the Disney Parks, but the passion doesn’t stop there.

Many Disney adults grew up watching Disney Channel original series and movies. The Jersey, The Famous Jett Jackson, Even Stevens, The Proud Family That’s So Raven, The Suite Life of Zack & Cody, Kim Possible, Phil of the Future, and many others were part of our childhood but, perhaps, the most popular TV series for Disney Channel fans was Lizzie McGuire.

Lizzie McGuire– which starred Hilary Duff (Lizzie), Adam Lamberg (Gordo), Lalaine (Miranda), among others– ran for two seasons that included 65 episodes. In August of 2019, it was announced that the series would be revived with a new season on Disney+, but a little more than a year later, the series was canceled by Disney.

In a recent interview with Cosmopolitan, Duff was asked if she had considered leaking the spoilers or if she thought the show could somehow be revived.

“I like the way you think. I would be lying if I didn’t say I didn’t have those thoughts a few times. But I wouldn’t, because in my 34 years I’ve realized that everything does happen for a reason. There’s a time and a place for everything. It just wasn’t her moment. I’m constantly asked about it still. All it does is breathe life into the fact that people still want it, and that’s really sweet. It’s not dead, and it’s not alive.”

She also revealed that the plot for the show would have featured Lizzie moving back home with her parents after suffering a major breakup.

My character was moving back home with her parents because she caught her soon-to-be fiancé cheating on her, and she was falling flat on her face at the moment and being like, “I need to pivot because everything that I thought was wasn’t, and I’m turning 30. What the f***?”

Lizzie McGuire was a Disney Channel Original Series. It first aired on January 12, 2001, immediately after the premiere of Zenon: The Zequel and aired its last episode on February 14, 2004. Its target demographic was preteens and adolescents. The TV show was created by Terri Minsky. The show’s creatively offbeat, mixed media format stood out from the rest of the Disney Channel’s programming of the time – and in essence, became the channel’s flagship (disambiguation) and definitive show of the early 2000s. The show’s producer Stan Rogow says the visual look of the show was partly inspired by Run Lola Run. Production was completed in June 2002 after the show fulfilled its 65 episode order.

Duff’s most recent appearance is as the character Sophie in How I Met Your Father, the all new series streaming on Hulu.

What do you think of Disney’s decision to scrap the Lizzie McGuire revival? Let us know in the comments.