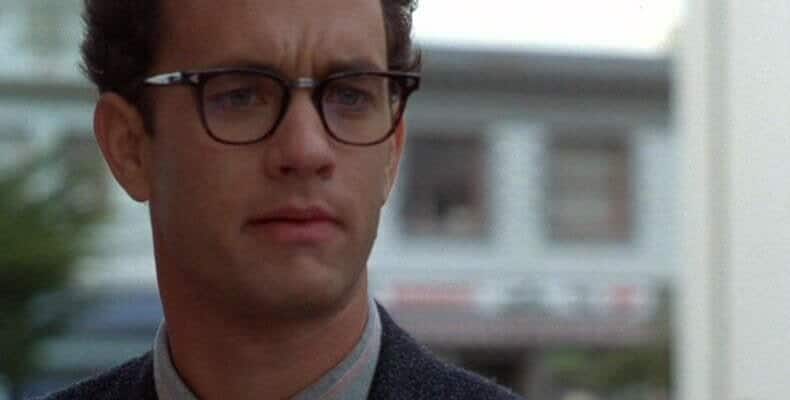 On July 21, Disney+ will premiere its newest series, a reboot of the classic film — Turner & Hooch. However, if you were hoping to see Tom Hanks revive his role as Scott Turner in the new series, your hopes may have just been dashed. Disney+ just released a trailer for the new show, and Hanks is noticeably absent.

The new show will instead focus on the son of Scott Turner, also named Scott Turner — played by Josh Peck (Drake and Josh). The younger Turner is following in his father’s footsteps and trying to prove himself as a Deputy Marshal when he inherits his father’s old dog — also named Hooch, in honor of the original pup. From there, chaos ensues.

Uptight young Deputy Marshal Scott Turner’s life is turned upside down when he inherits Hooch, a slobbery mess of a dog. His new pet is aggravating, but he turns out to be quite good at helping Scott catch criminals, find love and maybe even solve the mystery of Scott’s dad’s last case.

Sadly, the trailer for the show reveals that Turner Jr. inherited the troublesome pooch because his father — Hanks’ Scott Turner — has passed away. That is most likely the reason that his father’s last case was left open and unsolved. The trailer gives viewers a nostalgic feeling, while also bringing a brand-new story to life.

You can watch the full trailer released by Disney+ below.

Scott Turner (Tom Hanks), a compulsively neat detective, finds his tidu world goes to the dogs when he’s forced to team up with a drooling slob of a junkyard dog named Hooch. Not exactly man’s best friend, Hooch turns Scott’s life upside down, wrecking his home, career and budding romance. It’s a nonstop test of wills between this mismatched duo that will leave you laughing your tail off.

There is currently no word whether Hanks may revise his role as Scott Turner in some sort of flashback, but never say never when it comes to Disney!

If you would like to relive the original Turner & Hooch adventure before the reboot’s July 21 premiere, the original film is currently available to stream on Disney+.

Do you think Tom Hanks should be in the Turner & Hooch reboot? Let us know in the comments!