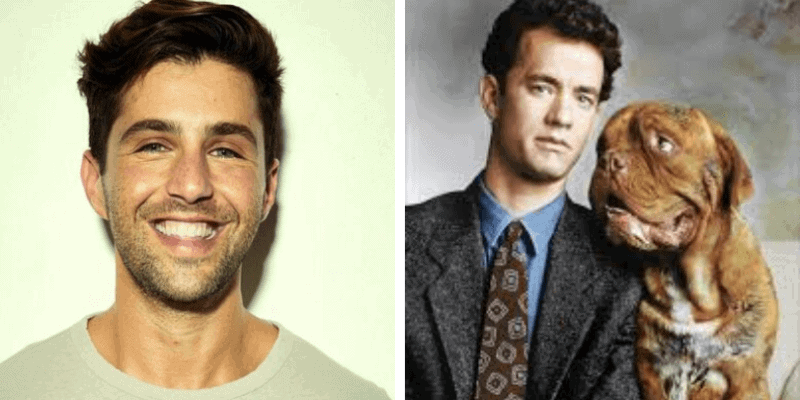 Walt Disney Studios will revive one of their live-action IPs from the 1980s. No, not Splash. It’s Turner and Hooch, and they’ve chosen actor Josh Peck to play the lead.

According to The Hollywood Reporter, a 12-episode television reboot series based on the 1989 film will be created for and streamed on Disney+. “Disney+ series will revolves around what happens when an ambitious, buttoned-up U.S. Marshall inherits an unruly dog,” the article read, “and how he soon realizes the pet he didn’t want may be the partner he needs. Peck will play the role of U.S. Marshall Scott Turner.” There is no confirmation if Hooch will be a real-life pup or if he will be CGI.

Peck’s new role was originally played by the legendary actor, Tom Hanks. It was revealed that a recording of Hanks’ voice from Turner and Hooch was used by Pixar to test and choose it as the voice of Woody for their first feature-length film, Toy Story.

Turner and Hooch was produced by Touchstone Pictures, which Disney owns, and it is clear just on the surface level that the film’s premise of a big unruly pooch and his new uptight neurotic owner has plenty of serial potential.

While Josh Peck came on the scene with the sitcom, Drake and Josh, he has emerged from the world of Teen Nick as a strong actor. One of his latest credits was 20th Century Studios’ TV show, Grandfathered where he starred opposite to John Stamos. That Fox connection most likely helped Peck transition to his first major Disney role. There is no word yet if Disney will bring in Drake Bell for a cameo.

But even though he’s grown up, Josh Peck has continued to provide that nerdy neurotic comedic style that was born during Drake and Josh, and it will undoubtedly help create a hilariously loveable character worthy of the performance by Hanks.

Turner and Hooch is just the latest Disney IP to be rebooted by Disney+. The streaming service has already produced and announced series based on High School Musical, and a Lizzie McGuire reboot is also in the works.

Are you excited for this new Disney+ show? How do you feel about Josh Peck joining the Disney family? Let us know in the comments!