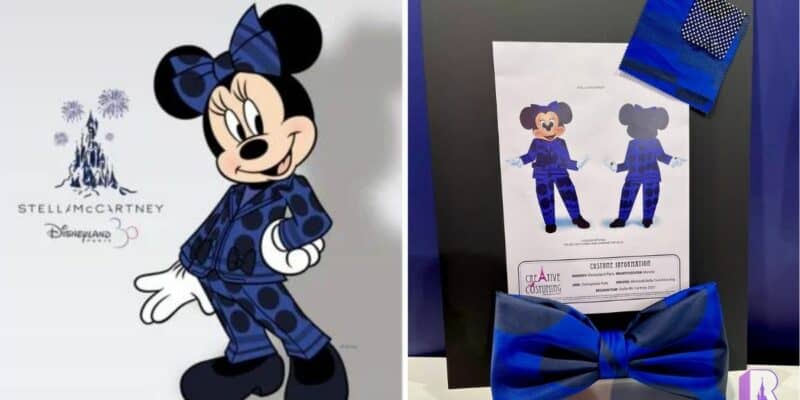 It seems that when it comes to Disney, there is always something that tends to cause a disagreement among fans and Guests, creating a sort of controversy. Whether you see two people debating the upcoming retheme of Splash Mountain to Princess and the Frog at Walt Disney World Resort and Disneyland online, or the recent storyline changes on the Jungle Cruise attraction, it seems that any change is going to always be met with some push back when you have a following as big and dedicated at the Disney Parks do.

One of the most recent “controversies” to hit the internet sparked after Disneyland Paris revealed Minnie Mouse’s new outfit option for the opening month of the 30th anniversary, which is under one month away! Minnie Mouse is ironically known for her poofy A-line dress style, but Disney decided to swap out her dress look for a chic suit this time around, and some fans were not ok with it. Some news outlets even accused Disney of destroying the fabric of society with this change.

Regardless of your stance on the new blue suit designed by Stella McCartney designed for International Women’s Day, the design is continuing to move forward in full force! Minnie will still rock her iconic bow and share those beloved polka dots, so do not fret! Plus, this is just one look of many, and we will surely see many more dress outfits in Minnie Mouse’s future.

One other negative comment about the suit had nothing to do with the shape but rather the color. In the debut photo, the rendering of the suit seems to look like a more dull blue, which made the polka dots harder to see, as the black color seemed to be faded as well. Now, DLP Report (@DLPReport) has shared a photo of the suit fabric, and we can see that the blue is a lot more electric than previously shown, which is fantastic in terms of giving Minnie more vibrancy with this new look.

A closer look at the sketches, fabric, and bow for Minnie’s now infamous pant suit designed by Stella McCartney.
Minnie will wear it in March for #InternationalWomensDay.

A closer look at the sketches, fabric, and bow for Minnie’s now infamous pant suit designed by Stella McCartney.
Minnie will wear it in March for #InternationalWomensDay. pic.twitter.com/1cfg1rZ3JA

As the tweet notes, the costume will be worn in March, which means Guests are less than one month away before we get to see Minnie Mouse in a pantsuit for the first time ever!

What do you think of this new color reveal of Minnie’s suit at Disneyland Paris?