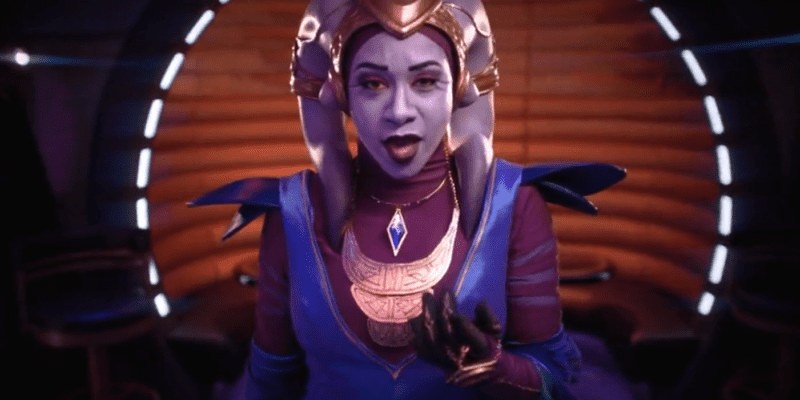 You may need to save up some of your Galactic Credits for these.

As fans of both Walt Disney World and Star Wars eagerly anticipate the opening of Star Wars: Galactic Starcruiser, the new fully-immersive Star Wars-themed Resort at Disney World in Orlando, Florida, they can now purchase exclusive merchandise in order to get ready for their maiden voyage. Part of the Star Wars: Galaxy’s Edge expansion which opened in 2019 at Disney’s Hollywood Studios, this state-of-the-art hotel is advertised as an incredibly immersive experience, allowing Guests to live out their very own Star Wars adventure while onboard the Corellian-made Halcyon starcruiser.

On the official shopDisney website, new merchandise and clothing have been released, but only for Guests with a qualifying reservation booked for the new Starcruiser. Check out the new options down below:

There are also versions of this apparel made especially for kids too, meaning the whole family can be dressed up when boarding the Halcyon Starcruiser. As Disney states on the website, these items are only available for purchase to Guests with a qualifying Star Wars: Galactic Starcruiser reservation. Star Wars: Galactic Starcruiser Guests will be eligible to purchase select merchandise on shopDisney.com up to 60 days prior to their reservation check-in date and up to 30 days after their check-out date.

LIVE YOUR OWN STAR WARS STORY

Are you planning on staying at the new ‘Star Wars’ hotel when it opens in March? Let us know in the comments below!