While the Disney Parks and Resorts may seem perpetually busy, President’s day weekend has proved to slam the Orlando, Florida Parks big time with no end in sight.

We previously reported on how busy the Disney Parks was expected to be during President’s Day week and that has become apparent when looking at the Disney Park Reservation System. Magic Kingdom, Disney’s Hollywood Studios, and Disney’s Animal Kingdom no longer have reservations remaining for any of the rest of this week until Saturday, February 26, when all the theme parks become available again.

As a matter of fact, unless you’re a Disney Annual Passholder, you will only have access to gain entrance into one Disney Park the rest of this week. In an attempt to combat the crowds, Disney has changed one of its Park opening times. As you can see on the official Walt Disney World calendar, EPCOT will be opening at a historically-early time:

This earlier opening time is not only earlier than we’ve seen during COVID-19 times but historically early when you factor in World Showcase does not have staggered opening time anymore. While there is no confirmed reason for the change, we can suspect Disney is buckling down for an even more crowded next few weeks.

Right now, EPCOT is undergoing a huge transformation, bringing in new characters, rides, and attractions to the Park. As stated by Disney’s website:

Epcot will be unified with four neighborhoods that each speak to important aspects of the world and its people: World Showcase, World Celebration, World Nature and World Discovery. These neighborhoods will be filled with new experiences rooted in authenticity and innovation that take you to new destinations, where the real is made fantastic in a celebration of curiosity, hands-on wonder and the magic of possibility. 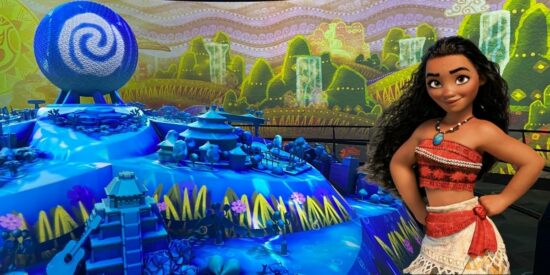 In 2019, Disney announced that the new attraction, which will be themed after the story of Moana, would be arriving at EPCOT in the near future. The soon-to-be attraction will be called Journey of Water, Inspired by Moana and, according to Disney officials, will be the “first-ever experience inspired by the Walt Disney Animation Studios’ hit film [and] will let Guests interact with magical, living water in a beautiful and inspiring setting.”

Will you be visiting EPCOT in Walt Disney World soon? Let us know in the comments below.