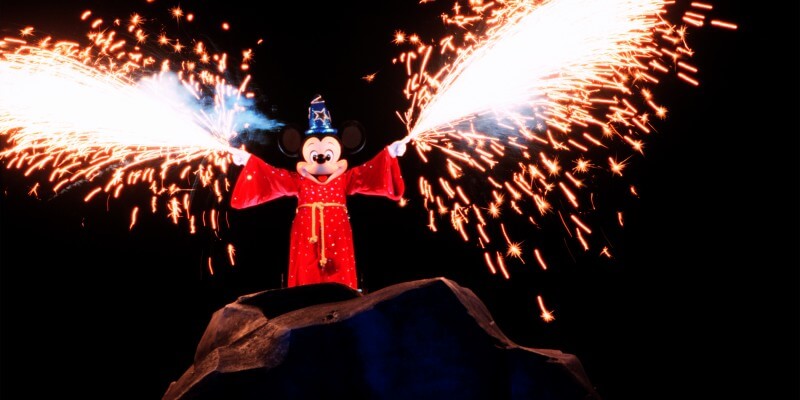 Ever since Walt Disney World Resort’s pandemic-related closure in 2020, fans have been anxiously awaiting the return of Fantasmic!, but beyond the fact that the Guest-favorite nighttime spectacular will resume sometime in 2022 and will feature new sequences when it comes back, few details have been given about its reemergence.

Related: An Iconic Disney Fireworks Show Is Officially Back!

Now a new construction permit indicates that Walt Disney World officials are continuing Fantasmic! reopening preparations. Although this permit is for “General Construction” — which can mean anything from minor updates to complete overhauls of an area — it is still a sign of progress for those who miss the Mickey Mouse-centric show.

When details about the new additions to Fantasmic! were confirmed at Destination D23, Disney Parks Blog wrote:

Disney’s new Fantasmic! poster [above] indicates that these new additions could include characters from  Moana (2016), Frozen (2013), and Aladdin (1992). Moana’s oar, Elsa’s crystals from Frozen II (2019), and Aladdin’s magic lamp are all hidden in the marketing asset.

The official description of the Disney’s Hollywood Studios show reads:

A Legendary Tale
Featuring more than 50 live performers, massive sets, stunning effects, dazzling pyrotechnics and rousing music, this larger-than-life show is painted on a grand canvas of dancing water and light like nothing you’ve ever seen. Overflowing with silly and suspenseful surprises, it will leave your entire family smiling from ear-to-ear!
A Night When Dreams Come True
Fast asleep, Mickey Mouse dreams that he is a mighty sorcerer’s apprentice with the power to control water, color and magic. The Disney Villains—including Maleficent in the form of a towering, 40-foot-tall dragon—turn Mickey’s dream into a nightmare, but don’t underestimate the power of Mickey’s imagination!
The fantastic fantasy includes Disney Characters from some of your favorite animated classics: