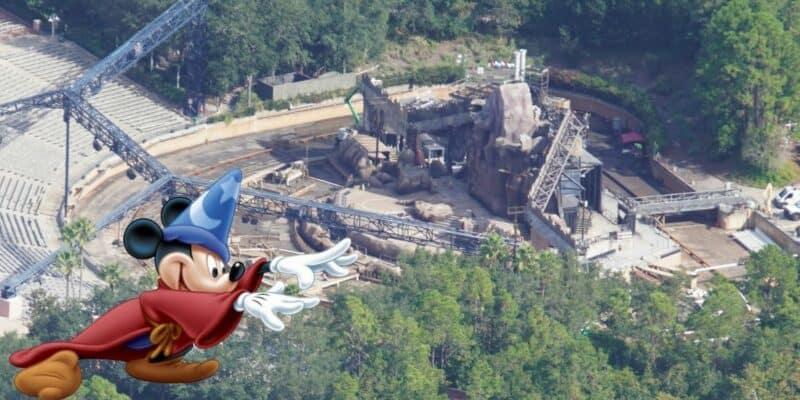 Due to the ongoing pandemic, Disney’s Hollywood Studios has not hosted the iconic nighttime show, Fantasmic!. At this time, Disney, unfortunately, has not announced a reopening for Fantasmic. In fact, thanks to a recent photo taken by bioreconstruct, we can see that the lagoon is still completely dry as Disney continues to refurbish the area.

The Fantasmic! lagoon has remained drained for over one year now, which is causing a lot of disappointed Guests who are hoping to see this nighttime spectacular return. Biorecontrust shared a new aerial photo along with the caption:

Aerial photo of the refurbishment of Fantasmic. The steamboat is behind the mountain, with scaffolding. Oct 1.

Aerial photo of the refurbishment of Fantasmic. The steamboat is behind the mountain, with scaffolding. Oct 1. pic.twitter.com/S9BElp1bsN

Do you hope to see Fantasmic! return to Hollywood Studios soon? Are you upset to see the lagoon remain drained? Let us know in the comments below.