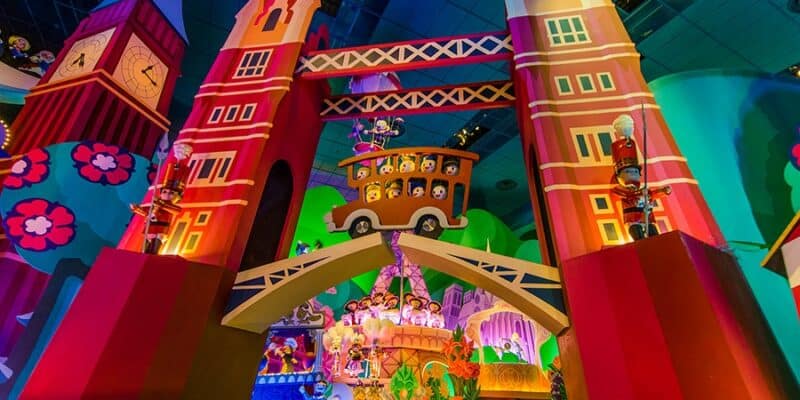 At Disneyland Paris, we have seen a ton of rides go under refurbishment. With the 30th anniversary celebrations only a month away at this point, Disneyland Paris has been doing their best to ensure that everything from the streets of Fantasyland to Sleeping Beauty Castle is in tip-top shape and ready to go.

During the month of February, the following attractions will remain shut down:

Some of these attractions will reopen within the month, however, others will not. “it’s a small world” is currently closed down through to 2023 for a year long refurbishment. The ride shut down on November 29 and has not set a reopening date as of yet. PixieDust (@Pixiedust_be) shared that more scaffolding has gone up on the attraction facade, and as we can see, skrim has gone up to cover the already construction wall covered ride.

More scaffolding on the facade of It’s A Small World in Fantasyland.
#DisneylandParis #DisneyParks

🌍 More scaffolding on the facade of It’s A Small World in Fantasyland. #DisneylandParis #DisneyParks pic.twitter.com/SQ7QN5Tqju

What else do you think needs a refurbishment at Disney?