At all of the Universal Studios Parks and Resorts, there is always being work done and progress made on new and exciting experiences. Currently, there are a ton of closed attractions at the Park right now, all undergoing some sort of transformation or refurbishment, except for Shrek 4-D which we will miss so much!

Currently, both Jurassic Park River Adventure and Revenge of the Mummy – The Ride is closed for refurbishment and another one of these fan-favorite attractions has been closed for quite a while, leaving many fans and Guests disappointed and wondering when it would return. Well now worry no more as the Hogwarts Express at Universal Studios Orlando is finally open again.

Related: Orlando Becomes Bitter Cold as a Frost Advisory Is In Place

As of today, the Hogwarts Express attraction is back up and running in the Wizarding World of Harry Potter at Universal Studios Orlando. The ride was closed last week for an unknown reason with many speculating the ride needed maintenance of some kind. Right now, the ride is shown as open on the Universal Studios Orlando app, boasting an insane wait time (that we hope is just a glitch!).

More on the Hogwarts Express at Universal Studios Orlando: 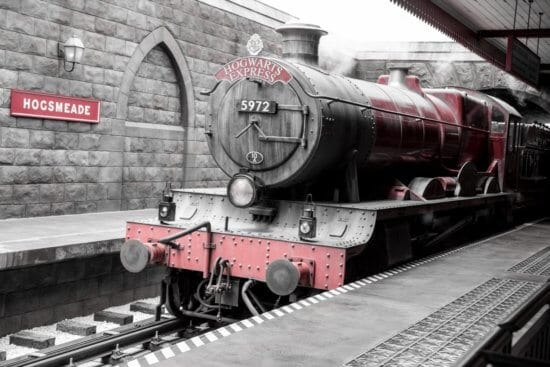 You’ll need a Park-to-Park ticket to ride the Hogwarts™ Express and visit both lands of The Wizarding World of Harry Potter™. The train travels between Hogsmeade™ in Universal’s Islands of Adventure and Diagon Alley™ in Universal Studios Florida.

In Harry Potter and the Prisoner of Azkaban™, Harry first encounters the Dementors™ when they board the Hogwarts™ Express looking for Sirius Black™.

In Harry Potter and the Sorcerer’s Stone™, Harry Potter™ meets his two best friends, Ron Weasley™ and Hermione Granger™, on his first journey to Hogwarts™ on the Hogwarts™ Express

Did you miss this iconic Harry Potter attraction? Let us know in the comments below!

Comments Off on Iconic Universal Attraction Reopens After Week-Long Dissapearance