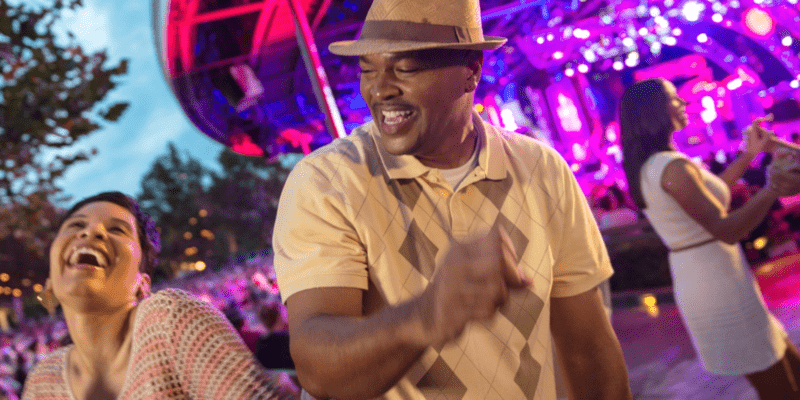 Also returning to the festival is the fan-favorite Garden Rocks Concert Series, with new and returning bands!

The popular Garden Rocks Concert Series is finally returning to the 2022 EPCOT Flower and Garden Festival after being canceled in year’s past due to the ongoing pandemic. Disney Parks Blog just shared:

Get your air guitars ready, because the popular Garden Rocks Concert Series returns to the EPCOT International Flower & Garden Festival this March! New this year, internationally recognized artists will bring the groove to the America Gardens Theater stage Friday-Monday, while local Orlando bands step into the spotlight Tuesday-Thursday.

If you are not familiar, Disney describes the Garden Rocks Concert Series as:

Now, Guests have something to look forward to this year as Disney released the full line-up that Guests can experience during 2022’s EPCOT Flower and Garden Festival, including Rick Springfield, The Pointer Sisters, Simple Plan, and the Plain White T’s!

The concert line-up is as follows:

That’s not all though because Walt Disney World’s website states that more performers will be added soon! Inside the Magic will update you as Disney updates the concert line-up.

For this year’s Flower and Garden Festival, Guests can look forward to a few brand new topiaries just for Walt Disney World Resort’s 50th anniversary! One of the new topiaries will be displayed at the entrance of EPCOT and will feature Goofy and a 50th-themed birthday cake.

In addition to new topiaries, Guests will also see classic character topiaries like in year’s past such as Snow White and the Seven Dwarfs at the Germany pavilion and Lumiere and Cogsworth at the front of the brand-new expansion to the France pavilion.

Disney will also bring back the fan-favorite outdoor kitchens, where Guests can indulge in food from all around the world. Disney describes the outdoor kitchens at the Flower and Garden Festival as:

Embark on a mouthwatering mission to taste your way around a healthy, wholesome smorgasbord during EPCOT International Flower & Garden Festival. Bon appétit!

World Showcase at EPCOT plays host to the Festival-exclusive Outdoor Kitchens, each offering a specialty menu of creative cuisine and libations. Savor, sip and satisfy appetites large and small!

Are you excited for the Garden Rocks Concert Series at 2022’s EPCOT Flower and Garden Festival? Let us know in the comments below.