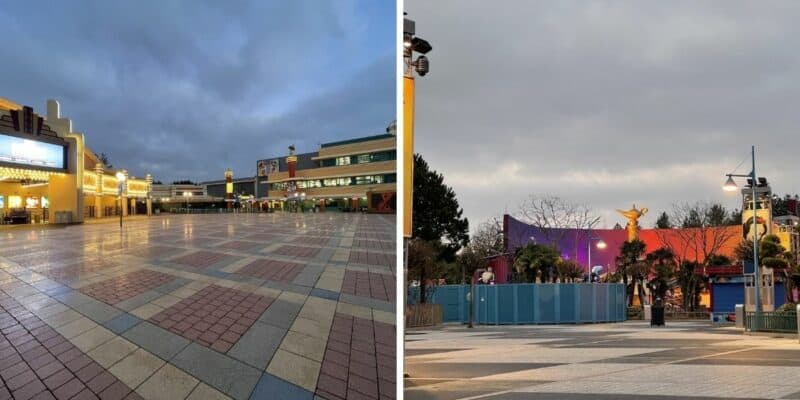 When Guests visit a Disney Park, there are often busier seasons than others. Of course, depending on what Park we are talking about, the amount of Guests may vary.

For example, Walt Disney World Resort is the busiest Disney Resort in the world and often boasts large crowds all year long. That being said, even The Most Magical Place on Earth has peak seasons. No matter what Park you are at, any holiday season, long weekend, or summer break will typically be the most crowded, and directly after that peak, you will see a dip in crowds. During Christmas and New Year’s Eve, we saw all of the Disney Parks flooded with Guests, and now, some crowds are beginning to disappear.

At Disneyland Paris, there have not been any special events since the holidays as the Park is gearing up for the 30th anniversary this March. On top of that, there are a ton of attractions under refurbishment.

With all of the ongoing refurbishments and in-between season timing, it seems that some of the Park is not as busy as it was a few weeks ago. DLP Report (@DLP Report) shared photos of Walt Disney Studios Park today, which show that this week, the Park has seemingly been a ghost town with little visitors. In all of the photos, we can see the Park is shockingly empty, with little to no Guests.

Walt Disney Studios is a bit of a ghost town this week. Calm before the summer storm!

Walt Disney Studios is a bit of a ghost town this week. Calm before the summer storm! pic.twitter.com/AUHmOJAH0W

The Guest count will surely pick up as spring break begins and the 30th anniversary rolls around the corner. That being said many attractions have a very minimal wait time at the moment which is fantastic for Guests! The attractions are as follows:

Do you plan to visit Disneyland Paris soon?