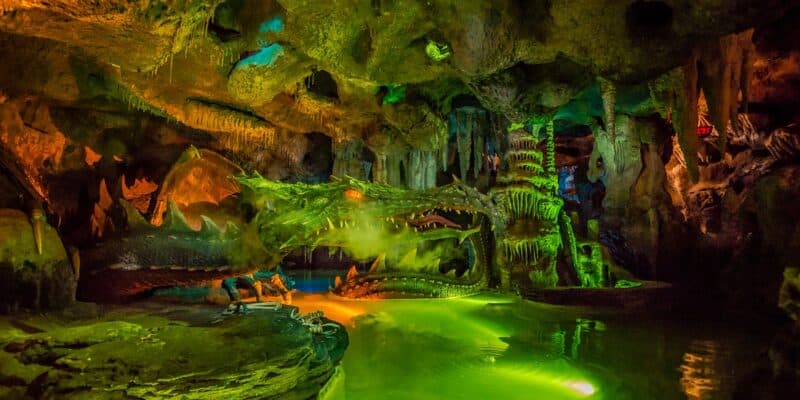 All of the Disney parks and resorts across the world offer high-quality entertainment, rides, and attractions that millions of fo Guests travel to see every year. From exciting roller coasters like Expedition Everest to amazingly-themed dark rides like Phantom Manor in Disneyland Paris, Guests can expect a fun time while visiting the Disney Parks. And speaking of Disneyland Paris, one of its coolest attractions will close soon for a refurbishment.

Related: Did You Know a Dragon Once Flew Over Fantasyland in Magic Kingdom?

Located below Sleeping Beauty Castle is La Tanière du Dragon (The Lair of the Dragon), a creepy cave that Guests can walkthrough. At the end of the path lies an incredible dragon animatronic guarding the its lair which really is the main star of this attraction

In a tweet from DLP Report on Twitter (@DLPReport), La Tanière du Dragon (The Lair of the Dragon) at Disneyland Paris will close. See the full tweet below:

This walkthrough attraction was recently reopened after a refurbishment to Sleeping Beauty Castle, but now the bridge for the castle is planned to be refurbished as well, meaning the attraction will close again until March. See a picture of the bridge in another tweet by DLPReport:

Avengers Campus in Disneyland Paris will be themed completely around the Marvel Cinematic Universe (MCU) and will feature countless Marvel characters like Iron Man, Doctor Strange, Loki, Black Panther, Black Widow, Captain America, Hawkeye, and countless others. We recently covered more progress being made on Disneyland Paris’ Avengers Campus and can’t wait for it to open.

Tip-toe through the dark dungeon “La Tanière du Dragon” underneath Sleeping Beauty Castle, where a monstrous prisoner lurks. Once the ruler of the skies, this defeated dragon lies chained against jagged rocks. It may be dozing, but tread carefully, as one false move will lead to a hot, rumbling surprise.

Have you visited Disneyland Paris or any of that other international Disney Parks? Which was your favorite? Let us know in the comments below!